Had 3 Dodge trucks in a row. '82 (I think) Ram 50. The inline four started blowing head gaskets so I gave up on it after I replaced the second one and it was rusting out. An '89 Dakota, a great mid size 4X4 and finally a '95 RAM 2500 that was a monster. Not too good on fuel though. It was the only automatic trans of the 3.

I had a 67 Plymouth Valiant with a slant 6 back in high school. Put a set of 50’s on the back and a killer sound system. Indestructible and the cold air vent held a point of booze very nicely.

Not this one. Mine was an automatic on the tree. My grandpa had a 65 with the push buttons and the parking lever.

My first car was a 62 mercury comet 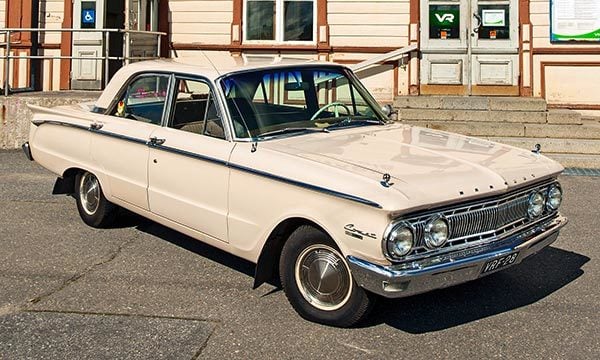 Nice! Is that an picture of yours? That is SWEET!

My first car was a 59 Dodge pickup. My favorite car was a 1970 Chevelle Mailbu.

Not mine but exact model. My cousin had the exact car we had alot of fun racing them around town. They were pretty much a ford falcon which i also had. I had a 65 ford super van that i traded for a 65 mustang rag top. I threw in the mattress. Best deal i ever made.

I worked with and was good friends with a guy who was a big drinker and had a comet. He lovingly called it the vomit.

Yeah, the fresh air vents… holding a pint whilst driving around in the winter… Every sip, you were afraid yer teeth would crack…
Sneezles61

I only remember Ford cars (trucks?) with positive ground for a few years. I have no idea why it was done and/or if any advantage was realized.
Didn’t Chevy have a model that required pulling the engine to get the back spark-plug out? I’m a little fuzzy on that one.

I seem to remember a 68 chevy 350 that i could never change one spark plug on. Not sure about pulling the engine to change it but needed a special wrench

Enter that GM car Barretta… the engine crankshaft parallel to the front axle… The middle plug on the back bank of the V6…
That one got some choice words… a few times.
Sneezles61

My mom had one when I was a kid. Loved that car. Ford Falcon a couple years later was a badass little sleeper too.

My first was a 51 Ford pickup with a 390, 4 barrel, automatic trans and rear end from I was told a 69 thunderbird. It was crazy fast from a 40mph start. Really fun doing burnouts too. Body fell apart when I sandblasted it for new paint. I ditched it and bought the one I let get away…a 68 Camaro convertible. 327, angle plug heads 375hp stock. Mine was far from stock. Won lots of money street racing it and surprising a few big blocs. Really fun car and got me in a lot of trouble in high school. I sold it to my first cousin in about 1980. He sold it a couple years later then saw it t boned in an intersection not long after. 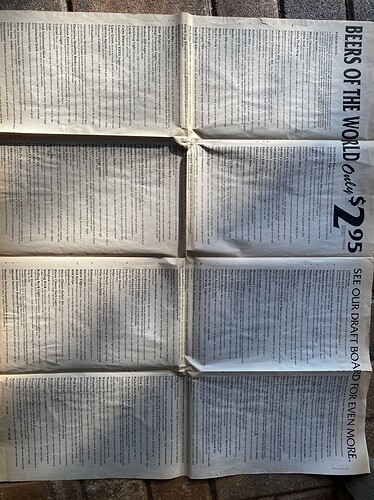 Yeah I found this wedged in the old Michael Jackson’s beer companion book, I pulled out of a bookcase. The flipside is the restaurant menu. $2.95 for a beer! Out of business for >20 years…we went there a few times. Apparently not often enough.