Trying to make something that is a base for a sessionable Blackrocks 51K. Thinking WLP007 or SAF-05 for yeast. Any thoughts or has anybody gone down the same road? 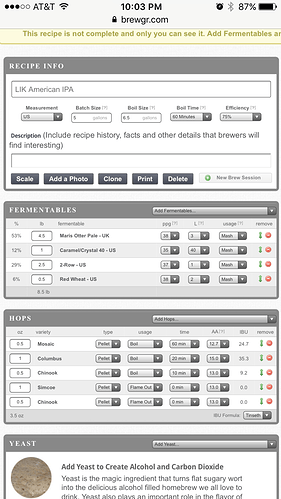 I had to look up Blackrocks 51K, never heard of it. Sounds like a nice IPA though. WLP007 is an English strain while SAF-05 is American. For that style I would go with the 05.

Without enlarging it, the photo from your phone is hard to see. At least for my tired old eyes. Might get better input by typing them out.

60 minute Mosaic addition seems like a suspect use of one of my favorite hops.

You kind of have a hybrid thing going on… Maris Otter is fantastic, and I’d want to stick with the English yeast for a mostly Maris Otter beer, but the hops are more American. I’d probably bitter with a different hop at the 60 minute addition and get that sweet Chinook/Columbus/Simcoe/Mosaic blend closer to flameout, but I don’t know the original beer, so I’m mostly just talking about what my preference would be.

As for yeast, English yeast is a little fruity, has loads of character. An American yeast will be more likely to get out of the way and be clean. I like English yeast a lot.

Agree with @uberculture save the mosaic for aroma and flavor. I buy bulk nugget and mostly use that for 60 minutes

Honestly, I’d email the guys at Blackrocks and see if they’ll give you some tips. They have a really good crew there, so they’ll probably be glad to help you out.

51K has a pretty harsh bite to it, so I’d probably bitter with something like Columbus. I get a lot of pineapple in there, and would want to toss in some Centennial as a late hop addition. This beer was out before Mosaic was a thing, so I would guess it’s not in the hop bill. Probably not the best use of Maris Otter… It’ll be overwhelmed by the hops. A good US 2-row would fit well.

Thanks for the advice! We made a clone 51K off the interweb which we called “Not 51K” immediately on pouring and tasting. It had 2 row, Vienna, and Red Wheat and also had no body, wrong color, and the wrong taste. I think I have the color close with this and was looking for a starting point on backbone and a little more carmely flavor without going overboard. I chose to use Mosaic for bittering simply because I have some in the freezer. I really like the thoughts on bittering with Nugget and using some Mosaic for flavor and aroma. More to come later…

Looks like a good recipe shaping up, and googled the muse for your efforts. Somehow I missed Blackrocks 51k and everything else by them last June when we were in Paradise, Michigan for a marathon. (Marquette is a ways from Paradise, I know.). Very local distribution?

No, they’re all throughout the UP and have started distributing downstate and into Wisconsin now.

I live downstate on the west side of the lower and they’re readily available.

Would the two row give me enough of that malty/biscuity backbone that 51K has at the mothership?

Not really, but I don’t think the MO will give you that character either. It’ll just be over-powered in this hop forward of a beer, I think. I’d lean towards using Vienna like in the other recipe… did you have any crystal malt in your previous attempt? When you said it was too thin, what was your mash temperature and yeast you used previously?

+1 to Vienna, and I like Munich also if looking for malty character.

Thanks for your comments, they are very much appreciated. You guys always get me thinking about the details and it drives me to go to the books or lookup info.(learn!)

The beer was far from terrible but also far from 51K. It was drinkable (of course!

) The color was way too light and almost a little reddish and the beer just seemed thin without that nice creamy carmely character to compliment the hops that 51K has at the brewery. OG was 1.060. I have FG at 1.013 in my notes but I’m not sure if that’s actual or estimated. I don’t know, maybe I just need to fix the Crystal 120, knock back the 2 row, bump the Vienna, and fix the hops… LOL

I think the C60 sub for C120 was a big part of the issue… C120 has a pretty distinctive caramelly/toffee flavor to it that you won’t get with C60. And it’ll definitely darken the beer.

The hopping schedule in that recipe seems… well… weak. I don’t know the calculated IBU from that off the top of my head, but I can see that not having a lot of hop flavor or aroma. If it were my beer (and it’s not), I would target 68-70 IBU through a recipe calculator, move MOST of the hops to 20 minutes or less with a Columbus bittering charge at 60, and get at least 4 oz total hops in the boil. Maybe whatever you need at 60 minutes for the bittering, then equal parts Columbus/Simcoe at 20, 10, and 5 minutes. Or whatever floats your boat. I would get some Centennial in there, because I think I can taste it in the original. But maybe not, some hop combinations can certainly bring the same flavor profiles to the party.

Oh, and email the brewery. They’re very supportive of homebrewing.

I took your advice and emailed them. I also thought about what you told me earlier and did a little more playing with the original recipe using 120 instead of the 60. Since I cut this to be in the 4.5% ABV range, I bittered with an oz. of Nugget at 60, .5 of Chinook at 20 to get 67 IBUs. (the original is 68 IBU) .5 of Centennial, Cascade, Simcoe, and Chinook at flameout and a dry hop of .5 of Centennial, Simcoe, and Cascade at 5 days. I’m going to brew it and see what happens. I bet I make beer but I hope it’s closer to what I’m after. Thanks again for the time and effort to provide your advice!

Post the final recipe. It’s looking good. I’ve never had the beer your trying to replicate but I’m always looking at session recipes for my yearly keg party. 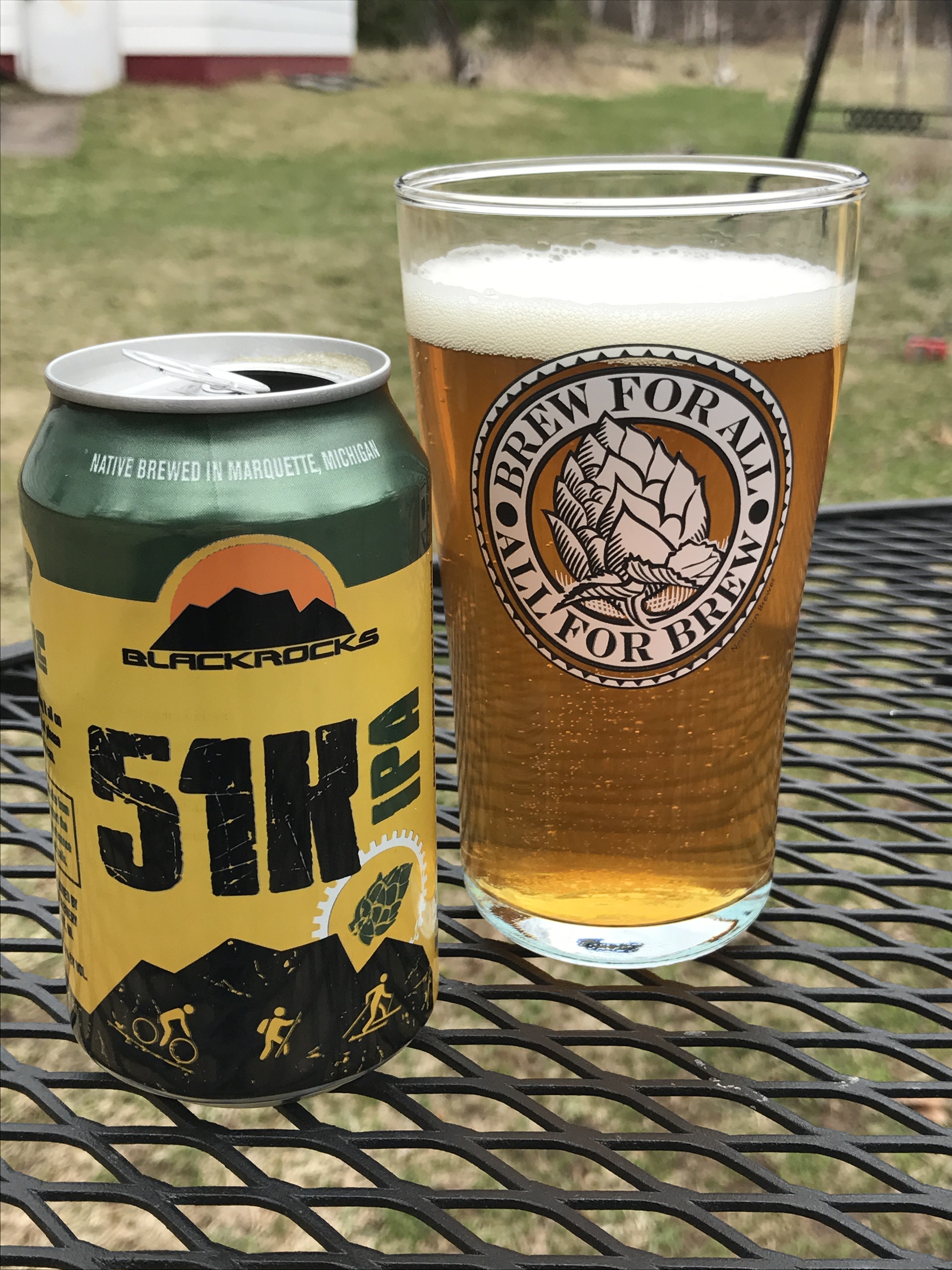 Nice! Just poured a nice DRYPA I brewed from a recipe that my nephew developed. Delicious!

So we brewed a developmental beer today. This is a step towards brewing a 51K clone. I have the next generation almost figured out but today’s version is this:

I’ll update as this progresses

Check that mash temp kind of high for an IPA. Also make sure you calculate for the water absorption by the cone hops.