I recently added a nat. gas line outside for my grill. I would love to either convert my bayou classic burner to nat. gas or build something to work on nat. gas.

I read a sketchy post about someone drilling out the orifice and changing lines to covert their bayou but I am not sure I want to play with fire (yuk yuk) based on one sketchy howto. I have seen a few of you work wokjets into your brew sculptures using what looks like simple pipes and basic fittings. I have a buddy that is a welder that could make me a frame and wokjets are pretty cheap at the Asian markets around these parts. Is there something I am missing or is it really that simple?

Any other options I am leaving out? I know Blichmann (Blingmann) makes an NG covert kit for their burners but I’d rather drop the 2 bills on ingredients or a nitro system than on another burner.

I’ve tried converting burners by drilling them and it was just a waste of time. I bought one of these and it works great. http://www.cpapc.com/23-Tip-Round-Nozzl … 9C244.aspx

It may be a bit overkill for you depending on how much you are trying to boil, I have no problems keeping 25 gallons at a rolling boil.

Which Bayou Classic burner are you talking about? If it’s the Banjo/Hurricane burner, it can be converted using the natural gas orifice from Williams brewing (about $6). Just unscrew the orifice, screw in the Williams orifice, and you’re done. No drilling required. Williams orifice comes with a needle valve, which is super handy.

I just sold my old stand and burners and had a new stand built. This time, I went with a 20 tip wok/jet burner similar to what was posted above. I did this just for ease of use since I knew I was going with NG and it was reasonably cheap. But I never had any problems with my converted Banjo burner from Bayou Classic on NG. 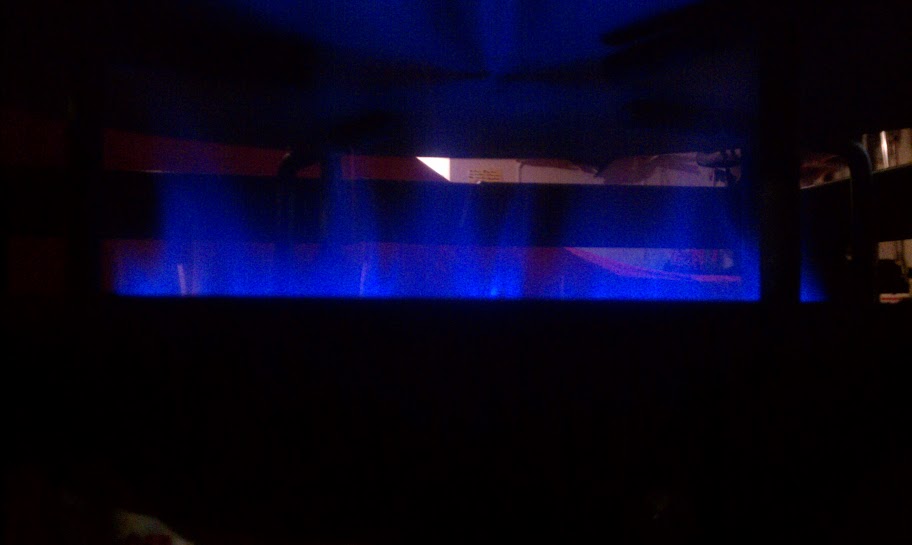 That’s pretty much exactly like the ones I have seen locally. Sorry, but I’m not much of a plumber. What kind of setup do you have to connect that to the gas? Threaded pipe/fittings I take it but what about the hose connection? Does it need a regulator or do you just use a ball valve to control flow?

I have a keggle and I read that the Banjo was not shaped correctly for people with keggles. I went with the basic square model.

As long as I can get the setup in between the wokjet and the gas line figured out then I will get moving on this. Any success running two at a time off the same gas line? It’d be pretty cool to build a double burner setup if I’m already going to get the welder making me a frame.

Here is the Williams Orifice.

I used that needle valve to control the flow even though I had a ball valve on the plumbing on my old stand.

With natural gas, you want to get plenty of volume to the stand. I had the pipe run straight from the meter to a shutoff valve at the corner of my garage using 3/4" black iron pipe. From there, I connected a 3/4" hose (I used air hose rated for 200 psi. You can stand on it and it won’t collapse. Figure it’s ample for the minimal gas pressure). I connected the hose to the valve with a pretty expensive brass quick disconnect). I connected it to the stand plumbing with a threaded fitting because I didn’t want to buy another qd.

On the stand, I originally had it plumbed with 3/8" black iron pipe, which was plenty for propane. Turns out, it was plenty for NG since I had such ample pipe diameter coming from the meter. On the new stand, I did 3/4" along the bottom rail and 1/2" up to the burners since the burners had a 1/2" pipe threaded fitting on them. But that’s another story.

On the old stand, the orifice has a compression fitting that you have to mate to the plumbing. Originally this was done with a black iron pipe adapter piece. But when we widened the stand, we made a jumper of copper tubing from the pipe to the orifice using compression fittings on both ends. It worked like a charm and, according to the plumber that did my NG setup, based on the sporadic use my brew stand got, there wasn’t any worry about the copper corroding any time soon.

[quote=“spykeratchet”]I have a keggle and I read that the Banjo was not shaped correctly for people with keggles. I went with the basic square model.

As long as I can get the setup in between the wokjet and the gas line figured out then I will get moving on this. Any success running two at a time off the same gas line? It’d be pretty cool to build a double burner setup if I’m already going to get the welder making me a frame.[/quote]

On mounting burners, you basically have two choices. Mount the burner or mount the black iron pipe. On both of mine, I have chosen to mount the burners. The wok burners have a mounting hole that makes it easy to put a steel plate under them with a hole in it From there, you can just hang the pipe form the burners.

As for running two at once, I have always been able to do it, but don’t need to do it too often.

Here is my current stand to give you an idea of how I mounted them.

That pipe is not attached to anything but the burners, but it is stable as can be. 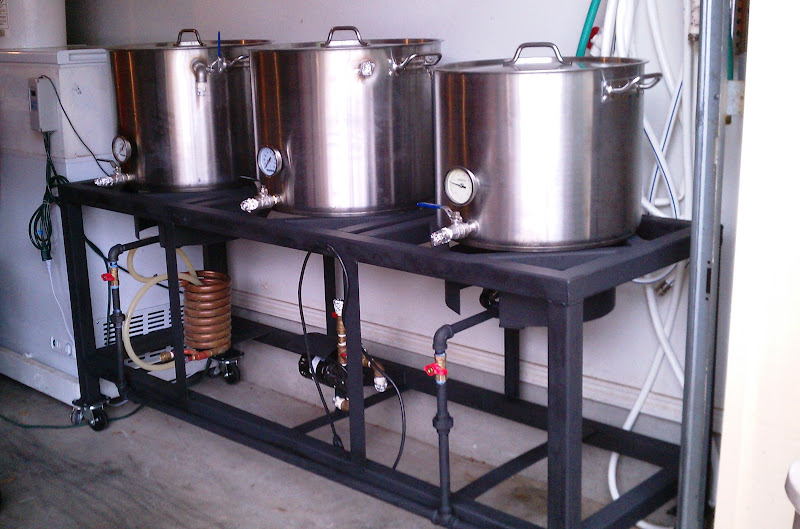 I read several posts about the wokjet being way too much power for 10 gal boils.

I have mine hard plumbed with a ball valve for control…

With ball valves to control the flame, I’m sure it’ll be fine.