C02 Scubbing, how long how many days, wit and hefe problams

Long story short is that I have had sulfur problems in any hefe or wit I brew. I can’t figure it out, I have used the copper trick, using nutrients, let it sit (I had one in the keg for 4 months). I brewed a wit beer 4 weeks ago, and it has sulfur aroma and taste. I thought I would try C02 scrubbing to volatize the sulfur out per white labs recommendation. I have done it 3 times for 5 minutes intervals,and there is still sulfur present. Has anybody had any experience scrubbing with success, does it take more than 3 times?
As an FYI I batch sparge, use pure 02, use yeast starters, wyeast beer nutrient, monitor my temps/let them raise up, and I build my water profiles from scratch. All my other beers turn out good to great.

Rather than getting rid of the sulfur, can you prevent it getting in?
I’d guess bacteria, but I don’t know why it would hit only some styles for you.

What was that wit’s recipe? And which sulfur? Matches? Rotten eggs? DMS?

Good point, but that is where I am stuck, other beers are turning out fine, even delicate beers like a pilsner or Kolsch are not having problems and do not have any sulfur. Recipe was
4.25 2 row
2.55 wheat
2.62 flaked wheat
1 oz german hop at 60
coriander bitter orange peal and grapefruit at 5 min yeast nutrient at 10 min
mashed at 152 for 75 minutes 2 liter starter of WLP400 pitched at 66 one minute of pure 02

The sulfur to me is matches.
I fermented at 66 then up to 70 (ambient) I have done lower but I got the same results…
thanks for the response

WLP400 can make sulfur flavors.
Maybe also too much nutrient.

has anyone had success with c02 scubbing?

Honestly I have no idea what your talking about. I even tried ‘googling’ it. Can you describe it?

I’ll have to look for it again. Think I read something about this a couple of years ago. CO2 is introduced at very low volume through the dip tube if memory isn’t totally off… Pressure is released periodically to keep the headspace filled with CO2. 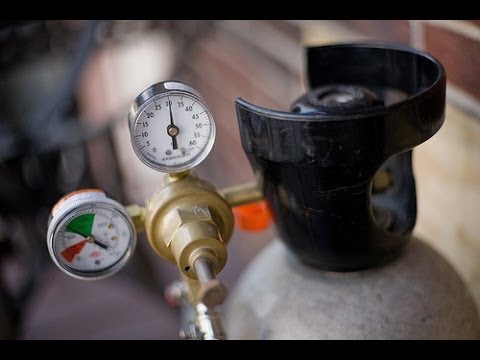 Hmmm never seen that. He did mention that it could take days to scrub all sulfur. I still think that your susceptible to sulfur and that’s your main issue. Sulfur ages out, even with the most sulfur producing yeasts.

Ok if I am susceptible to sulfur what now? It does not dissipate, like I said before I have left one in the keezer for 4+ months and it was still there. Currently that Wit is 5 weeks old and sitting in a keg at room temp, this will be my 4th dump and I need to get to the bottom of it. I am appreciating this feedback btw

Are you reusing the yeast? How accurate are your temps being monitored? I can understand your frustration since your lighter beers aren’t suffering from the same infliction (not a processing error that bolder flavors are masking).

Also, one thing I did notice is that you said it was aged 4 months… IN THE KEG. Sulfur needs to dissipate into the air. If it’s kegged the sulfur is remaining in the container and being reabsorbed. Maybe your kegging too soon?

That’s the only thing I can think of.
Pitch rate: check your making starters
Nutrient level: check your adding nutrients
Yeast: well, your using yeast that are sulfur producers
Sanitation: check, your other beers are fine

The only other suggestion would be a long lagering process such as a traditional lager which would allow it to mellow. But this goes against conventional wisdom of wheats/wits being young drinkers.

I go off two things either those stickers on the carboy or ambient and add some degrees. I haven’t re used yeast yet. I fermented 67 ambient on tis one and ramped up to 70 ambient. But still Jamil does his hefes at 62…
You may have something with the keg, that is why this one is sitting room temp not being carbonated and I am running C02 through it, until the Saison I brewed last weekend is ready to keg, if it isn’t better by then I will probably dump. At this point though if a brewery would analyze it I’d be willing to pay them, because of the amount of time and money I have spent doing these…
Could hot side aeration be a possible sulfur producer, I have read something along those lines… thank you

I’m don’t do lagers or all grain. I read about it just in case I get a different set up so this may not be the brightest thought. Would the sulfur aroma dissipate during an extended diacetyl rest?

Hot-side aeration is almost certainly not the problem here. You might want to oxygenate longer when using these yeasts in the future. It may or may not dissipate if you let it sit long enough, but trying to eliminate it on future brews may be the direction you want to take. Assuming you’re getting hydrogen sulfide in your beer, this can happen if there is not enough free O2 in the wort during the lag phase and the yeast will take up sulfur instead and produce this gas. A larger starter may help with this as well, as the yeast will not have to divide as much and won’t have a need for as much O2 or sulfur intake.

Take a look at this article, it should give you some really good ideas of what is causing the sulfur issue and how to avoid it in the future. This guy knows his stuff! Good luck!

As a working scientist, I really want to get deep into the science of brewing, especially the microbiology of brewing. Throughout the life of this blog, who knows how long that will be, I want to s…

Haha I read this one last night, this guy is sharp

I think the longer o2 and a giant starter makes sense here, I don’t know the next time I will brew a hef or wit just because I am so pissed off

If it were my beer, I’d add a pitch of brett and let it have a field day with these off flavors! It won’t be a hef by any means, but it would be better than feeding it to the drain and could quite possibly be a fantastic beer.