The yeast and beer left in the carboy has been swirled into a solution. I leave the carboy on its side for about 15 minutes for materials more solid than yeast to settle out. 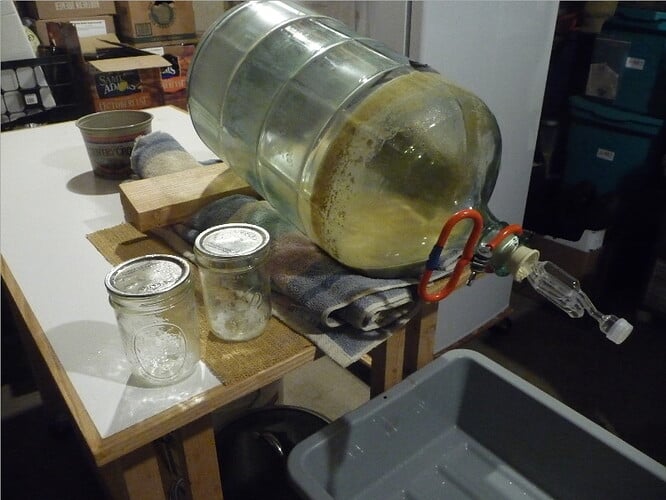 Poured into two pint jars. Decided not to pour into a quart jar as done previously. Had too many quart jars of yeast. If one pint jar would show infection I’ll have a second jar for repitching.

This is the yeast after one day in the fridge. Each pint jar has 150 milliliters of yeast. 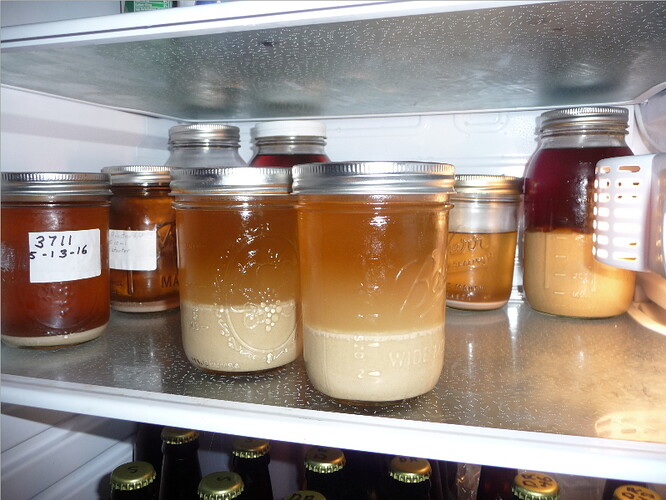 That’s what my fridge is starting to look like

I had dumped more than half of the harvested yeast that was in there a few months ago.

And yeast is spendy when buying new.

So easy. It amazes me that some people don’t reuse yeast. Can’t get it any fresher.