Ok , so being brand new to brewing and having an obsessive personality I’ve already mentally built a brewery to complete with any!! But back to earth… First fermentation went awry… So my question is, what’s the best, yet affordable temp controller? Seems it’s time for the wife to get a new chest freezer!!!

Depends what you mean by ‘best’. For some best is easiest, for others it’s cheapest. Easiest would be the Johnson Control Temp controller like the one sold by NB. I have one on my serving fridge. Plugged it in, set the temp and it’s worked ever since.

There are much cheaper ones that require you to add a power cord like Inkbird, Docooler and others you can find on amazon or ebay by searching for temperature controller. I have a docooler on a chest freezer that I use for lagering. Bought an inexpensive extension cord, cut it in half and installed it on the temp controller, plugged in the freezer, set temp and it’s worked just as flawlessly for $50 less.

Good info dannyboy, I’ll check it out . Right now looking to make fermentation chamber but eventually will convert to keeper. Thanks for the info!!

I have the JC A419 on both my keezer and my FC. The FC is different because I set it to heating mode in winter and use the built in fridge in summer to cool. I have to restrap the JC jumpers from summer to winter but it’s a minor inconvenience and the JC unit is a quality item. I also like the digital read out which tells me at a glance exactly what the temp is. Some of the cheaper analog units with a dial aren’t as easy to read.

I just built an ITC-1000 inkbird temp controller. I bought the ITC-1000 from amazon for $16.99. I bought a radio shack project box and had the rest of the materials and skill to build my own. Overall it was pretty easy if you have some basic electrical skills. It has an outlet in the back of the box. Top is for a heating element and the lower for the fridge plug. 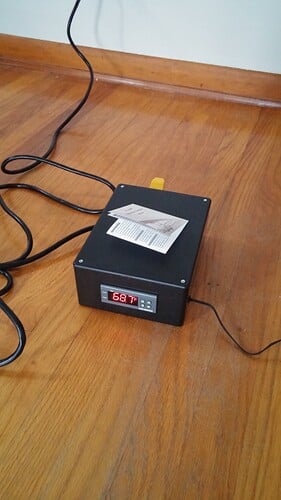 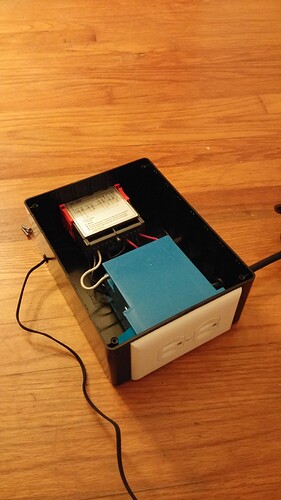 Awesome build mhall… I’ve been researching and that’s the exact one I’m planning to build!!

If you do go that route if you use solid copper wire be careful bending the wires after you connect them to the temp controller. I actually broke off the heating terminal from the circuit board. Luckly I had the ability to just solder it back on. (Where’s the old head bang emoji?)