Well, I’m hoping that this brew will turn out ok. It was one thing after another with this one and quite frankly I’m glad it’s over. Now I’ve got my fingers crossed it doesn’t spoil on me. I guess I’ll know in a couple of days or so.

I figured this time around I’d try some whole cone hops. I picked up some Yakima kiln dried Cascade hops and then researched the best method to use them and to understand the pros and cons. One of the big cons was the fact that the whole cones will clog up the spout when transferring to the fermenter (later on that). I considered a few things, but everything pointed towards letting them swim freely in the boil to get the best extraction of the hops.

So I started out this morning with a SMASH recipe and the first thing that went wrong was I overshot the temp about 30 minutes into mash while attempting to keep the temp in the correct range. It shot up to about 170F, but I was able to shut it down and get the temp back to ~152F in short time. At the conclusion of the mash I did a quick check of the conversion using the iodine test and it looked good. So I concluded that this wasn’t going to be an issue.

Then I moved on to the boil and adding the whole cone hops into the kettle. Everything went well and at the conclusion of the boil I started cooling the wort with my wort chiller. One of my hoses was leaking a bit and I noticed some water making it into the wort. Tightened the clamp and went on with my business.

Next was my biggest challenge - transferring the wort to the fermenter without getting clogs, etc. fro the hops. First attempt was unsuccessful. It clogged after a few ounces and subsequent attempts clogged the spout. Next I tried to siphon and same results. So I poured the wort into the fermenter using a kitchen strainer I had already sanitized just in case. This wasn’t easy and I wound up contacting the wort with my hand a few times.

After this I pitched the yeast and put this beast in the closet. Now only time will tell…

Lesson learned - Stick to pellet hops in the future. But I can say been there - done that.

). I pitched the yeast at ~80F (using the Imperial Labs Kvieking).

I had almost the same brew day last week. I’m pretty sure you’ll be okay. I used whole cones and plugged up things with hops. Poured the wort through a colander. Kind of a $h!t show all around. Note to self: brew bag for the hops.

Now back to business… I have a bucket or such, with an ample amount of star-san, for washing my hands and other stuff that MIGHT come in contact with the wort…
Sneezles61

I too. I keep a bucket of Star-san and the trusty, rusty spray bottle ready for action. I try to dip my hands and other things I’m using (spoon, thermometer, etc.) in the bucket quite frequently. Anything else I use I sanitize prior to the brew (let it soak for a few hours or overnight) leaving it in the Star-san mixture until I need to use it AND for safe keeping I spray it with Star-san during the process.

I’m hoping it’s ok. It really tasted good out of the kettle. I’ll keep an eye on it and I’m hoping for the best.

I suspect when the yeast starts. nothing else will compete… I just was anxiously await my yeast to get busy… It seems to taunt one…
Sneezles61

Well the good news as long as you washed your hands recently I’m sure that part is fine. What I would expect from mashing hot is alot of sugars that you converted may not be that fermentable so I think you may see a higher FG. A couple times a year I use home grown hops and yes bag them for sure also need to brew a bigger batch to get a full 5.25 into the fermenter

Agree. I experienced that early on in one of my brews. I checked a few minutes ago and the yeast has taken off. I’ll know for certain if the FG stops around 1.020-ish. My expected FG is 1.012.

Had I enough wort remaining I could have pulled some for a forced fermentation test. That would have confirmed any issues with mash temp. For now I’ll have to wait and see.

If you had 30 minutes at 150ish before jumping to 170 you likely got close to full conversion. The 170 would most likely put the brakes on conversion and you may as well have ended your mash right there. As mentioned you may have a higher FG than hoped for but you’ll have beer. I wouldn’t worry a bit about the wort possibly touching your hand during transfer.

Well even a blind squirrel finds a nut sometimes. All is well. I did a gravity check today as she’s winding down just to check and voila it was 1.012. My projected FG was 1.011. I tasted the sample I pulled and it was very nice with great hops aroma and taste. So it appears that despite all of my attempts to sabotage this batch things are working out.

I’ll give it another 3-4 days in the fermenter and then check it again. After that it time to bottle.

Beer many times will not be deterred by our meager attempts to screw it up. 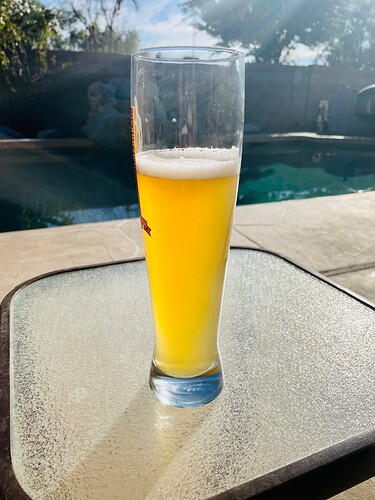 Didn’t turn out half bad. My SmAZh using Sinagua malt from AZ and whole cone kiln dried Cascade hops. 20 days in the bottle. Goes down easy.

That is a good looking pils glass of brew!
Sneezles61 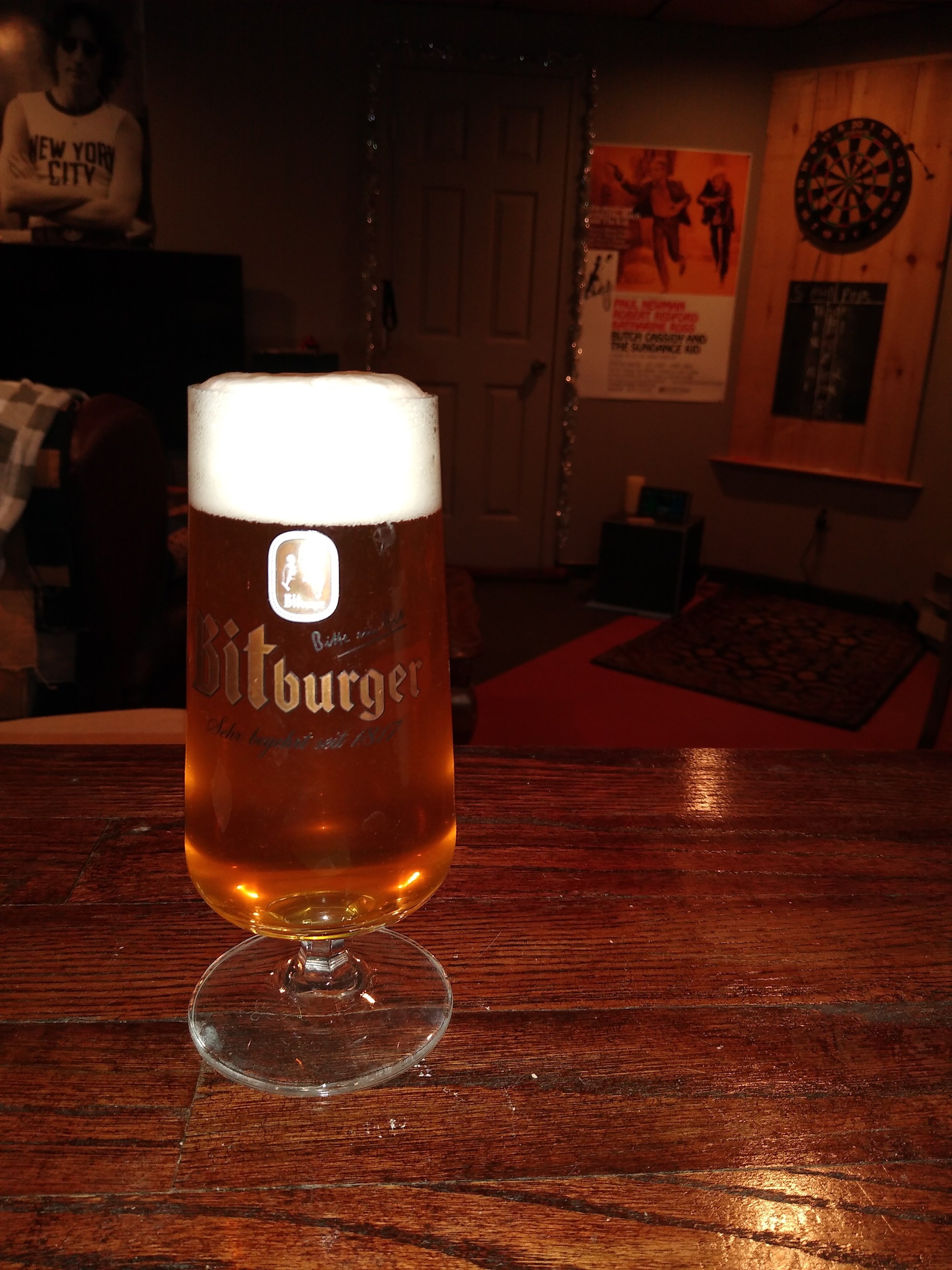 Great looking beer! Would like to know more about ‘Uncle Tony’s lager.’

I posted this in the wrong thread ill start again

Thank you! Oh, wait a minute…