Building my brew room/pub bar and need some advice on an under cabinet refrigerator . I want at least two kegs in it. I’ve seen people make them out of those little mini fridges does that work. Or how about this one

is the kegerator I bought two years ago on sale for $650. I didn’t have time at the time to modify a dorm fridge setup. I have since purchased Perlick faucets to replace the standard ones that came with it. It has worked out great for me. This unit came with two Ball lock conversion kits and two kegs. If you don’t need either of those items, they have other configurations on the site.

I actually JUST purchased this exact mini fridge on cyber monday off of Amazon for a 2 corny kegerator build i wanted to do for my kitchen (full fridge, no freezer). Its a great looking fridge. It does require some modification if you want to fit two cornies in there with the 5# CO2 tank and reg. It will fit a single corny and 5# CO2 tank without modification. My cornies measure 9" in diameter and the inside width of that fridge is 18" so it is a tight squeeze, but the door does close just fine. You essentially have to remove the molded plastic that holds the bottom shelf in, and you have to remove the molded plastic on the door (which was for shelves and cans.) Ive attached a couple pics. It wasnt a hard modification (i just dremeled all of it). I could have done a cleaner job, but oh well. it serves its purpose, and my beer! Just make sure you make a new vapor barrier over the foam that you expose. I used aluminum tape. If you have any other questions about it, just holler. 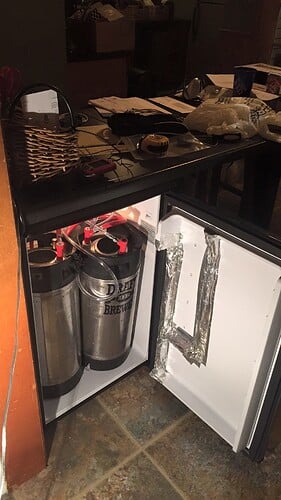 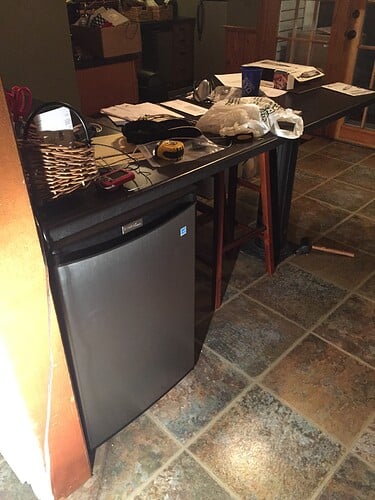 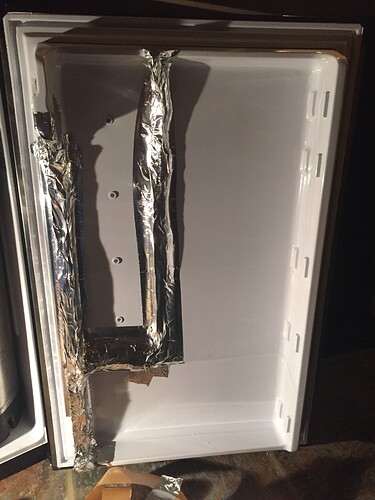 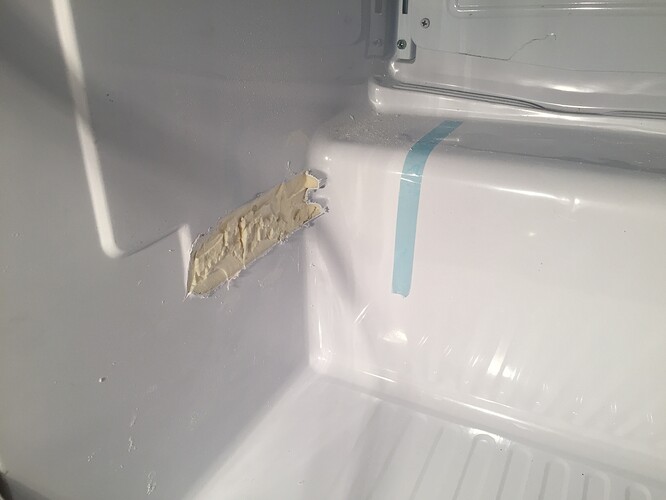 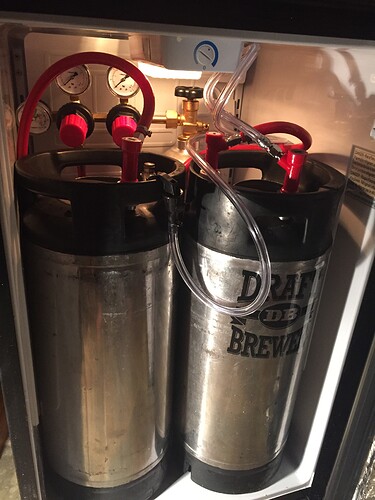 If you are modifying to get it under a cabinet and run a tap tower anyway, why not go bigger? I guess my thought is, you are already making a decent $ investment and for a small percentage more, you can get a bigger fridge that can hold more kegs, and install a tap tower above it through the countertop?

At the very least, it would double as a fridge/freezer/keezer to cold-condition.

Also, is it going to have a cabinet door in front of it? If so, I would skip the ‘stainless steel’ facade, you could probably get a piece of the same veneer for a small fraction of the premium paid for that finish.

The reason that one works is it has no freezer and I think it’s 33" high. Am I right atrain? It’s hard to get one that goes under the counter. A friend of mine has a wine fridge in his kitchen with a broken handle. He doesn’t care but I think if I go over there when his wife’s home and start making comments she may make him change it out. That at least is my evil plan.

Yep you would be correct. If it had a freezer it definitely wouldn’t fit. And for the ones with a freezer, that is typically where the evaporator coils are so you cant really take those out. The exterior height is about 33". The underside of my countertops are 34" so its perfect. Interior fridge height is ~28.5" so i think about any corny keg and disconnects w/ hoses will fit in there. There is plenty of room on the compressor hump in the back for a 5# CO2 tank and reg. There is also a metal top on this thing that you could take off if space was tight vertically. I would say for under counter options, short of a purpose built kegerator (typically a lot more $$$), this is the best option i came across. I was just lucky enough for it to come on as a lightning deal on amazon for $160. I currently do not have taps on the counter (just picnic taps inside for now). My original plan was to put this in the basement under my bar and run some lines up through the floor and put a nice tap tower in. But honestly this fits really well here and i might keep this right where it is! If you do go through the top (or sides), make sure you do a little research on where coolant lines are so you dont blow through them with your hole saw. FWIW I read up a few builds scattered around the internet and it looked like you could do the hole right behind the interior light with no issues. Cheers.

I changed my plan. Going to put my fridge in an adjacent store room and run the taps through the wall so I can have as many taps as I want.

Will you insulate or cool the lines at all?

I will put some insulation around lines they will be short runs. Shorter through the wall 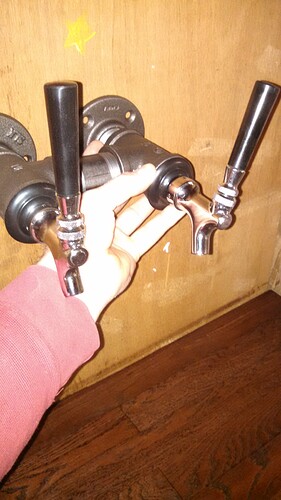 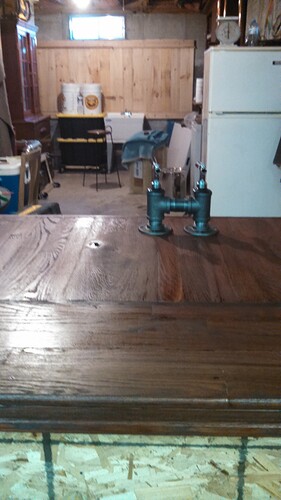 Havnt decided yet. What do you think

I think there’s always something interesting in having a tower sticking up from the bar. However, I think you’re going to have issues with your pours if you go that route.

Why do you say that? It’s only a few more feet of line.

Look how those taps would be pouring!

I can pour right into my mouth so I don’t have to wash glasses. Either that or some risers and Ls would make it look cool.

I personally think coming out of the wall looks way sexier if you can swing it.

I am leaning toward the wall mount also. I built that tap for a refrigerator door so I won’t have to modify it for the wall. I also will be using the bar top for other brew related chores so it would be mounted off to the side anyway. I want four taps eventually.

This is what I ended up with. 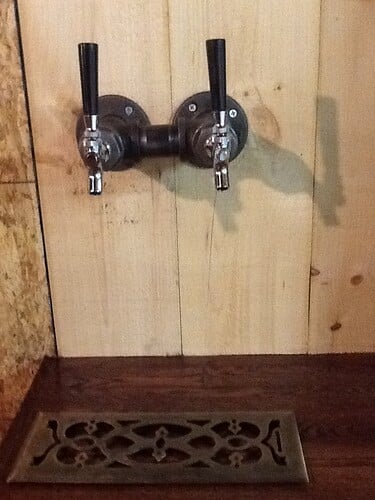 I think I would like 2 more taps so Im thinking some off set risers. I’m working on the sound system now. Anyone know a good audiophile forum. I’m winging it but need some advice

Looks nice! I really like the homemade tower look.

Nice setup. I like that reclaimed wood look on the wall. Lets be honest, you can never have too many taps. Its a slippery slope!

For audio stuff, I like AVSForum.com and Head-fi.org. Reddit is a good resource too. https://www.reddit.com/r/audiophile. Any of those communities have very helpful and knowledgeable people in my experience.

Thanks A , I’ll check those forums later