Every time I brew I like to stay at the low end of the temperature range for the particular yeast. I think the only reason I do that is to make sure I don’t go over the max recommended temperature. But, what are the opinions here as to what the best temperature is? Should I aim for the middle of the range? Is the low end the best? Is the high end the best? How do we define “best”?

It really depends, there isn’t a simple answer. The same yeast used at different temperatures can often yield drastically different beers. Saison yeast can ferment at normal temperatures, but can also handle ridiculously hot temperatures that would make other yeasts create fusels. Conan will make a completely different beer fermented at 62F vs 68F.

The best thing to do would be to ask other people’s experiences, I think. Generally cooler is better, but like everything, there are too many exceptions to that rule to take it for granted.

Or just get kveik yeast - that stuff is ridiculous!

Or just get kveik yeast - that stuff is ridiculous!

Holy crap, that sounds like a fun yeast… usually just the word “farmhouse” puts me off of things, but I kind of want to get some of this now. Orange peel seems like I could make it work for some styles, plus I want to crank up a heater and ferment at 95 degrees.

I haven’t used it yet either, but it sounds like a fantastic IPA strain! Can you imagine a better yeast for a beginner to use that doesn’t have fermentation temp control? Kind of takes the consequences away of pitching at 80F like the instructions tell them to do.

Now I just need to decide if I want to try TYB’s or Omega’s strain… maybe both!

Oh boy, did this one git derailed!

Where do you find out about these things? Geez, I just stuck my neck out CLOSE to the uncomfortable area and got a cream ale yeast!! Which I will inform the OP, ITB, at 62*. why? Because its a lager and ale mix. After it calms down I’ll plan to ratchet up to 68*…. Sneezles61

so reading this i do life on a island kind of warm overhere and working with w yeast ale yeast do keep my beer durning fermenting cold with ica bath for the first ten days of fermenting so my yeast can do its nice work my temp runs between 76 to 80 in my brewing room really start to stress when its a real warm day
but hey what can i do to warm on the island
now i do read about kveik yeast this might be my solution
any people here how actually use this type of yeast strain ? and where do i buy it

The two places I’ve seen are The Yeast Bay and Omega Labs. Yeast bay sells direct from their website, and omega sells through a variety of smaller online sites. PM me if you’d like to know some of them - I’d rather not post them on NB’s site.

Although if NB started carrying them, that would be awesome!

You need to define what you want out of the beer. Then you need to really know your yeast. Then you can define the optimal pitch temp and schedule.

Is it possible for you to have a small fermentation room about the size of a walk in closet. Could be cooled with a small room air conditioner to the mid 60°F range?

Excellent! I’ll be ordering some next time I buy yeast. Let me know how it works out for you - we’ll have to compare notes.

I’m going to be ordering some of this, too. Call me crazy, but I want to bake bread with some, too.

I LOVE that idea…

Here in Finland, the same yeast strain was traditionally used for both bread and farmhouse beer (sahti). The official guidelines for brewing sahti specify exactly what yeast should be used, and you can buy it in the refrigerated section of most supermarkets. 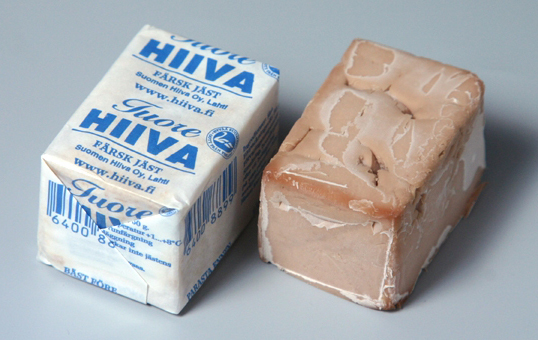 People mostly use it for traditional rye bread. But the yeast factory is located right next store to the biggest maltster in the country.

use ice water around the fermenting bucket to cool down it stays around 74 most the time .been toying with the idea of building a cool box with foam and cooling fans like a son of fermentor box

Wilcolandzaat look into the Cool Brewing cooler system. I bought one and I think its great. I’m surprised that NB doesn’t carry it and others haven’t been using it. Keeps everything enclosed and contained and cool using frozen liter bottles or ice packs. No mess and very convenient.

You need to define what you want out of the beer. Then you need to really know your yeast. Then you can define the optimal pitch temp and schedule.

This is a good point. Even if you don’t know all the ins and outs of a particular yeast variety, having an idea of what you want the yeast to do will guide you as to fermentation temperature and pitch rate. Things like how clean you want the beer, amount of attenuation, fruity or spicy, etc.

It also helps to do a series of beers with one yeast, to get an idea how it performs. Ferment high, ferment low, underpitch and overaerate, overpitch and underaerate. Pitch low, ramp up, pitch high and maintain temp. Even with the same grist, these will all be different beers.