This stormy spring weather is kind of messing with me, but I’m going to go ahead and start some seeds indoors.

I was looking around for some info on timelines to plant, and also seed spacing guidelines.

I prepare seedling soil mix (the SFG mix of equal parts peat moss, compost, and coarse vermiculite). After mixing and wetting, I sterilize it in the oven at 165 degrees. I use flat storage totes instead of individual pots. In the past, I’ve only started peppers and tomatoes, but this year I plan to expand out to a lot more of the cool-weather crops.

I’ll post some pictures of my setup soon, but I was wondering if anybody has any good resources for plant spacing and timing?

Here’s one that I’m working off, from Purdue University (see p 6). 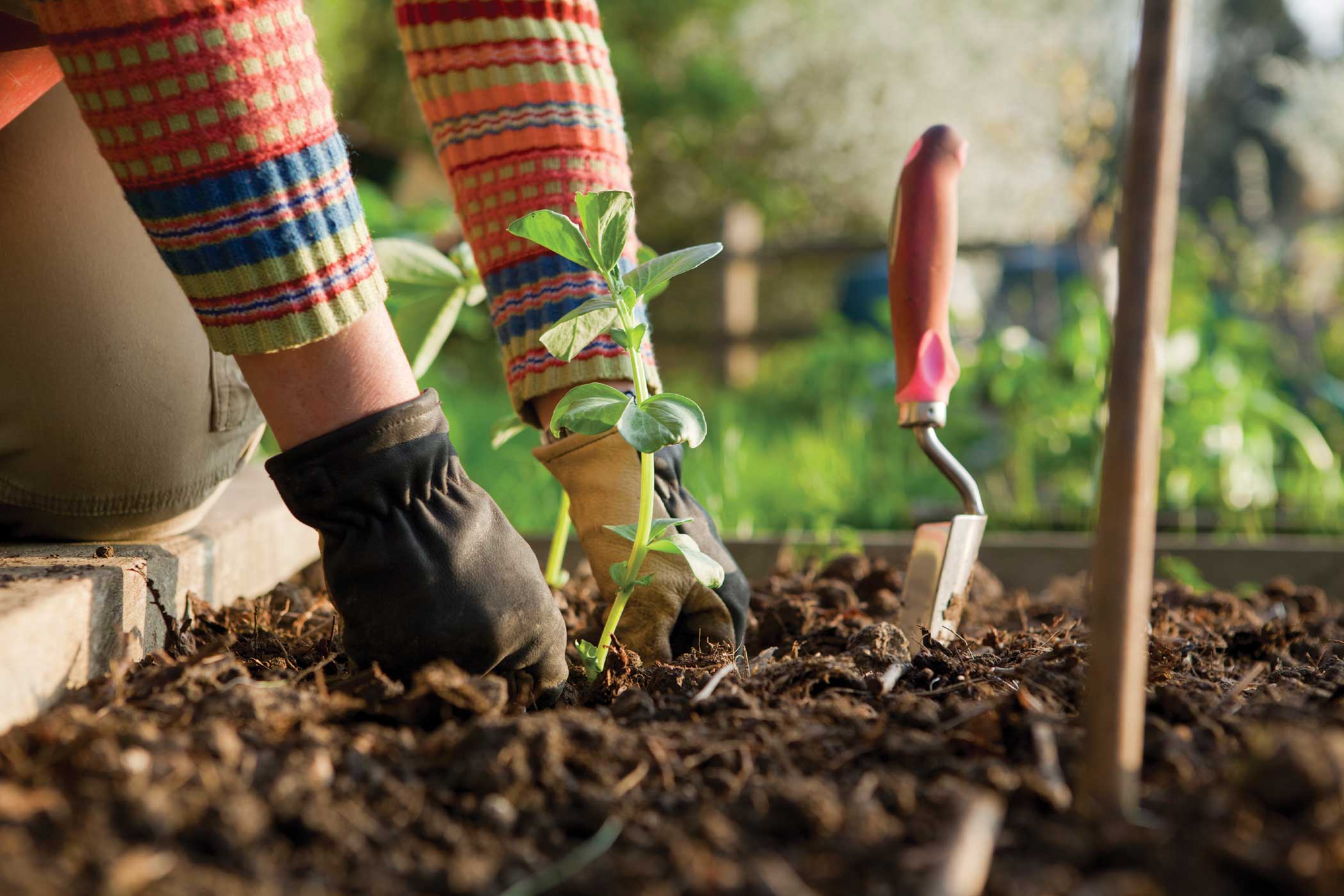 This site is a service of the Consumer Horticulture Program at Purdue University. While the information is prepared with Indiana and other gardeners in the Midwestern U.S. in mind, much is applicable to gardeners around the globe.

You know I don’t start seeds too much, but would love to get an indoor setup.
Wondered what cold crops you were starting?

I am one of those people that plant too many seeds.
Being willing to discard plants is a good skill to learn.

If you are starting in trays, thinning and transplanting becomes critical.
I like those plastic trays with the small cells, because plugs are easy to move to new and bigger vessel
with minimal rootling disturbance.

I am an amateaur backyard orchardist. I have 3 apple trees, sweet cherry, blackberry, raspberry, strawberries, tomatoes… and hops, of course! This year I am getting more blackberries and a gooseberry plant. Yummy yum. Anyway…

I know very little about starting plants from seeds. All of mine to date have been from potted plants or bare roots. However this year I have just planted some apple seeds from my very first homegrown Cortland apple (which was delicious, by the way), and they seem to be starting, with tiny white rootlets at planting time, but who knows if they will survive. I set them in a mixture of potting soil, native soil, and a little bit of loam, and I am keeping them well watered. Time will tell if my efforts were worthwhile…

These apple seeds were deliberately hybridized to be a cross of Cortland and Foxwhelp, of which both flowered on my property last year and I pollenized them myself – should make for a great cider apple, I am hoping! My plan is to grow a couple of seedings if they will start, let them grow as they want in the corner of my yard for a couple years, then take scions from the seedlings to graft onto my existing dwarf trees, and finally dispose of the actual seedling trees as I do not have space in my yard for any full size apple trees, which can grow 30+ feet over time. So, in 2015, if anyone wants a seedling apple rootstock, let me know – pay the shipping and I’ll probably be able to send you one or two! IF I am successful with these seedlings. Here’s hoping that I am.

Just a fun little experiment, if nothing else. These will be used for cider in the long term, so I don’t even care if they are inedible. In my experience, you can make great cider out of ANYTHING, no matter how inedible. If they are also good to eat, then so much the better.

Traditionally, we’ve started peppers and tomatoes. This year, we started onions from seed because I read that onions from seed store better over the winter (as opposed to buying onion sets). This will be the first year that we’ve grown broccoli and cabbage, so we’re going to start those indoors too.

We still have the big garden at my in-laws’ house, and now I’m putting in a big garden at our rental house in the country. So we have more room to grow some of the big plants like broccoli, cabbage, cauliflower. I think I’ll start some Brussels sprouts too. I’ve read that even head lettuce can be started indoors, and we do have a really nice indoor growing setup, so I’m considering starting lettuce indoors to get a jump on the season.

We eat an incredible amount of vegetables - my wife cooks everything from scratch - so the sooner I can start harvesting food, the sooner we start saving money! Last summer, we were able to eat almost entirely from the garden, which was pretty amazing. Of course we supplement with meat.

I’m struggling with our rental property, because we are literally surrounded by farm fields, and I know that they all spray. So I’m not sure which crops I should grow here, assuming that they will have some pesticide drift on them. I considered just growing a huge amount of squash, or another crop that is a heavy feeder.

I would love to plant some greens here, but I don’t want to be eating greens that are sprayed.

We recently got involved with a group called PANNA (Pesticide Action Network, North America) and I was trained to be a “drift-catcher.” I’ll be setting up some equipment that samples the air continuously over a two-week period to determine what is drifting onto the property, and how much. It will be really interesting to get the lab results back. This is a great non-profit organization, and they will train people in drift-catching and provide the equipment and testing for free. There is no cost to participants.

So I was thinking that I’d be safe with crops that are heavy feeders from the soil. I plan to build up the soil with compost and composted manure. I’ll probably have to spot-apply it. We are down to about 3 butternut squash, and we grew about 60 last year, and bought another 50 or more. So a squash patch would definitely be a worthwhile endeavor.

I’ve thought about putting in a small bed for greens up near the house, and trying to cover it when the farmers are spraying. What’s the point in growing organic food, if it’s getting pesticide drift on it? I’d have to be sure that whatever I cover it with blocks the drift. I would like to buy some floating row covers (thin fabric) and use them to extend the season (a la Eliot Coleman). They might also work to stop drift.

I typically start pepper plants and tomatoes 8 weeks out, cucumbers & eggplant 6 weeks out, and squash 4 weeks out. I use a 16/8 light cycle.
Here

In the United States, the U.S. Department of Agriculture (USDA) Plant Hardiness Zone Map (PHZM) is the primary reference for de-ﬁning geospatial patterns of extreme winter cold for the horticulture and nursery industries, home gardeners,...

is the new hardiness zone map.