Is this mold in my Blue Loon secondary?

Just checked on my Blue Loon as I’m ready to bottle it but saw this white growth on the surface and seems like lots of sediment on the contours of the Big Mouth Bubbler. It’s been in the secondary for three weeks.
I noticed the screw on top was able to be turned just a bit tighter when I discovered this so I’m guessing this might have let in some O2??
Anyway, I’ve seen other posts saying maybe I can use all the beer under the mold? Just stop siphoning before getting too close to the mold?

Any help is appreciated! 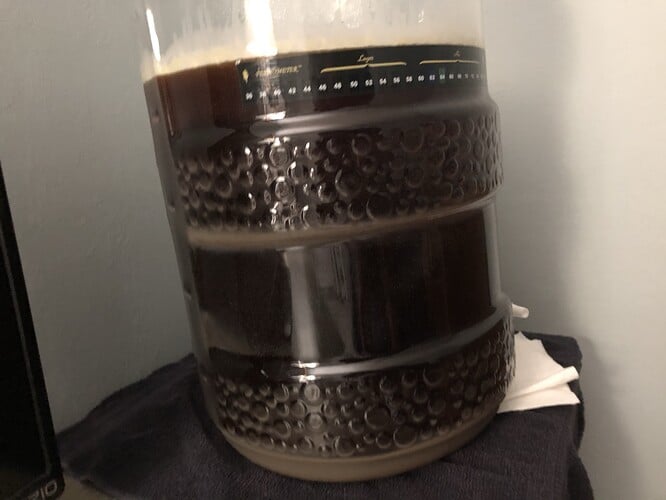 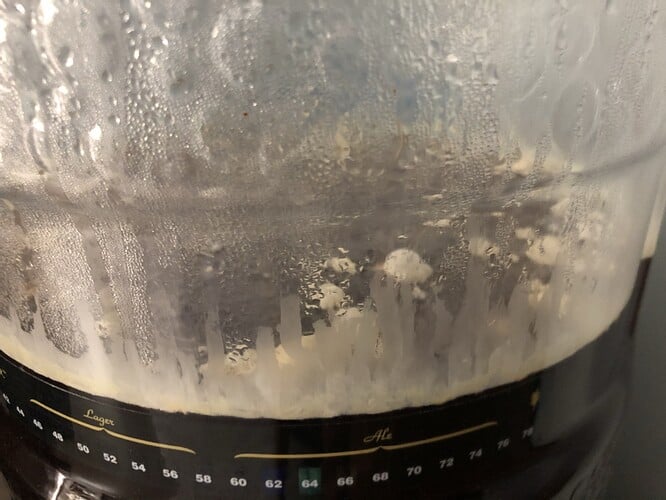 It’s ruined. Send it to me for disposal. Down my throat. HAHA

That’s just yeast residue in the sides of the carboy. I wouldn’t worry too much about oxidation from that loose cap as long as you were careful racking to what I’d personally consider an unnecessary secondary(just my opinion). Just package it . Nothing to be too concerned about from what you’ve said or from the photo.

@dannyboy58 is correct, just yeast. Scared me the first time I saw it too. Do a search for yeast rafts. I think that’s what the technical term for those floaters is.

Thanks for the replies! Another couple days have past and I plan to bottle today. But then noticed this…still ok? 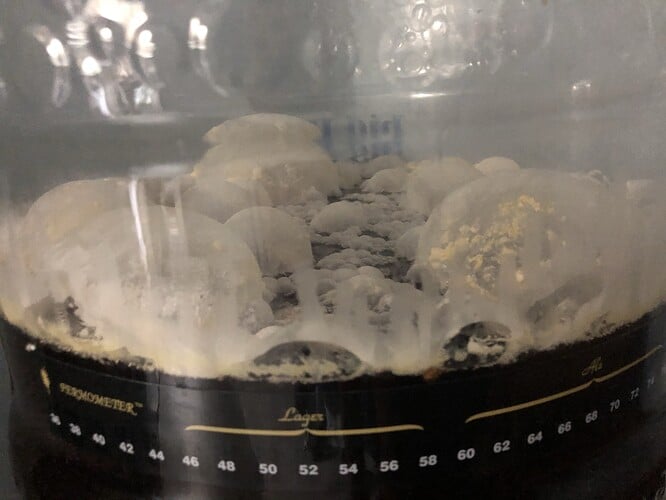 Yep, that’s a pellicle…
Pretty healthy one at that.

Think for sure a infection now. Catching. A. Infection. Could come from lots of things. During transfer. From kettle to. Fernentor. No good cleaning. Or sanatizing methods. Toss it out. And brew again

Yea that’s a fairly advanced pellicle. Honestly I just noticed the second picture in the original post. Didn’t see that before…I would’ve thought that was a little more suspicious than the first.

I’d dump that one and clean everything that touched that beer very very well. Some people would tell you toss anything plastic that beer touched. I think that’s overkill but I would swish some bleach water around in that fermenter then flush with HOT water prior to PBW soak then starsan.

Don’t think so. Mold needs oxygen. Once fermentation has started there is a blanket of CO2 that protects the must or the wort from mold.

How does CO2 protect the must or wort from mold. CO2 is about 50% heavier than oxygen.

I will second your advice on PBW. THAT
STUFF IS AMAZING! It cleaned some stuff I thought I would have to throw away

Curious what you ended up doing with this. Did you taste it?

Hey, thanks for the interest! Let me give you an update!

I actually went ahead and bottled like the day before I saw the concern on this post that it may be an infection. I figured Since it was already bottled, WTF, we’ll see what happens. So I was thinking maybe there’d be some sort of pressure buildup that would cause bottles to explode or something but that never happened.

Today I put a couple bottles in the fridge to chill and sample. After several hours, I cautiously opened one, again expecting some sort of violent explosion or at least a putrid smell, but nothing. I poured into a frozen mug and besides the hyper-head, which I’ve had with several different batches, all seemed well. Smelled good, so I tried a taste. It was delicious! Tasted more like Shock Top than Blue Moon to me… but regardless, no spoiled/rotten taste or obvious flaw of any kind.

I’ve been brewing for several years, but not a ton, so I’ve seen many forum posts regarding topics that I’ve had questions about and usually the answer is always something like, “it’s really hard to screw it up…it’s probably still good!”

I was 95-99% sure it would be OK because mold cannot live in anaerobic environment.

Once fermentation has started there is a blanket of CO2 covering the brew, and CO2 is 50% or so heavier than air

There is nothing better than the feeling “NICE! I made that!”

If it tasted like Alagash White would be better!. Its a much better example of the style. What yeast did you use?

Love Allagash White. Such a simple but elegant beer.
Can’t find it here but we can get it in Asheville NC.