Sorry if the attached pic is overly large.
Very pleased with Bomm timing. Very surprised at the dryness and am wondering if I messed up. I know I need to keep better notes now. 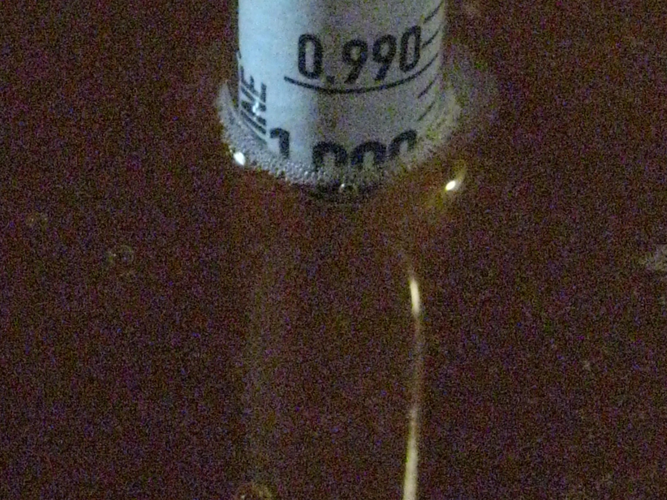 I can get the sweetness I like by adding some honey at drinking time. I am a bit hesitant to try back sweetening due to my problems with sulfides. Other than changing yeast how do I get a sweeter mead using this method.

I have used different recipes years before using Montrochet and Champagne yeast and had the same dryness/sweetness issue. I didn’t use a hydrometer back then. I can supply the old recipes if it will help.
Thanks in advance

Different yeasts do give different levels of residual sweetness, but unless you exceed the yeasts’ alcohol tolerance, the difference is relatively minor. Champagne yeast will give you totally dry, while Sauternes yeast will give you off-dry. If I read your question right, you are looking for sweeter than that, so changing yeast strain is not going to get you there.

The standard way to get sweetness is as you know stabilizing with sulfides and sorbate (you need both, just one won’t work) and then adding sugar or honey for meads. If you have problems with sulfides, you don’t want to go that route. Bulk aging until all the yeast is dead (at least a year) before back sweetening is a possibility if you are patient enough.

Question: are you sure that you have sensitivity to sulfides? The vast majority of people who think they do, actually don’t. There is an easy way to test. Eat a dried apricot. A single dried apricot will typically contain far more sulfide than a whole bottle of wine. If the apricot doesn’t trigger a reaction, then you are among the majority of people who avoid commercial wines because of “sulfides” who are actually reacting to some other chemical that is present.

Which is not to say that sulfide allergies or sensitivity doesn’t exist, but it is pretty rare.

Some thing else to back sweeten is a sweetener that yeast won’t be able to consume, splenda, not sure of stevia… Sneezles61