Harvesting yeast with no boil?

In every yeast harvesting video and guide I’ve seen, they always say to boil water and mason jars to sterilize them. I was under the impression that starsan would kill any unwanted bugs. If I’m using non-tap water (bought from store) and sanitizing my equipment with starsan, would that replicate the same effect?

Mostly I’m not happy about the planning aspect and amount of time it takes to boil water and wait for it to cool on the same day as bottling and cleaning day.

I use the starsan method and it works fine. I rinse a couple quart mason jars in starsan and swirl up the cake a little. Then pour into the two mason jars leaving the really thick stuff behind. Label and into the fridge ,done.

Is the objective to sterilize or to sanitize? Not the same thing.

I will always give the jars a good PBW soak so that I KNOW they are clean before I drop them in the star san.

I know what you’re saying. I’ve seen them too. A lot of times they use that boiled and cooled water to “wash” the yeast prior to storing it.

You don’t really need to do that unless you want to, or if you have excessive hop material left in the bottom of your fermenter. I think most people will tell you to just clean the mason jars, sanitize with starsan, leave a little bit of beer in the fermenter and swirl it all up, then dump the slurry into your mason jars.

Fantastic. That’s what I wanted to hear!

Another reason for boiling the water is to drive off oxygen. When I wash yeast, which isn’t often, I just boil the water the night before and just let it cool.

But wait, I thought the yeast needed the O2

But wait, I thought the yeast needed the O2

Not when you’re washing. You want them to go dormant.

Right. Good point. But putting them in cold storage makes them dormant also so I guess it’s redundant.

Sanitizing with StarSan will not kill every microorganism. Bacterial endospores, mold spores and some viruses will survive exposure to StarSan. Boiling for 20 minutes will kill all but the spores. In order to kill spores you need a much higher temperature than the temperature at which water boils, or other methods not typically available to home brewers, such as an autoclave, ETO gas or ionizing radiation. You may be able to achieve complete asepsis by using a pressure cooker (to achieve those higher temperatures), although it is not considered to be as ideal or effective as and autoclave, which has the ability to purge all gas from its chamber prior to the sterilization cycle.

Pressure cooking is the process of cooking food under high pressure steam, employing water or a water-based cooking liquid, in a sealed vessel known as a pressure cooker. High pressure limits boiling, and permits cooking temperatures well above 100 °C (212 °F) to be reached. Pressures up to one atmosphere above ambient are generally employed. The pressure cooker was invented in the seventeenth century by the physicist Denis Papin, and works by expelling air from the vessel, and trapping the stea...

That said, if you want to store yeast for a few day or up to a month, you most likely will be successful by using only StarSan on spotlessly clean glassware. Reused, clean pasta sauce jars work great for this, especially the ones that have volume markings molded into them, such as the Priano brand from ALDI: 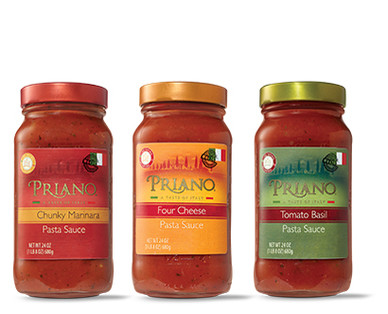 For longer storage I recommend boiling your glassware, lids and sealing rings (if you’re using Mason-style jars), completely submerged, for at least 20 minutes. After 20 minute carefully remove a jar from the boiling water with tongs (I boil my tongs along with the jars) while keeping it filled with the boiled water, cap immediately and then allowing it to fully cool before emptying it and filling it with yeast. Boil some extra jars for future use. As long as they are not opened the interior will remain sterile. I would sanitize the exterior (while still unopened) prior to use. While this is not 100% fool-proof, it’s the best that the vast majority of home brewers could achieve without very expensive or dangerous (and most likely unavailable) equipment. I will also note that I only use Mason-style jars for this process, as I feel they seal much better than reused pasta sauce jars (or similar food product jars.)

Here is a nice primer on the difference between sanitizing and sterilizing. Although it is geared to the handling and disposal of bio-hazardous lab waste, the concepts are still applicable to home brewing:

Environmental Health and Radiation Safety | University of the Sciences

Environmental Health and Radiation Safety (EHRS) provides support, training, compliance, and is committed to reducing the risk of hazards at USciences.

(In this article “disinfection” is synonymous with “sanitize”.)