New brewer here, so pardon my ignorance.
I have two orange trees, a lemon tree and a key lime tree in my yard and, from about Christmas to about Valentine’s Day every year I have more citrus than I can handle (but, on a positive note, I don’t need to worry about scurvy). The lemon and lime trees are still young, but I get hundreds of oranges every year.
So my question: Is there any way to incorporate citrus into homebrew?

The best thing about having a tree is the zest. It is light years beyond just about anything store-bought. Check out The Brewing Networks’ Jamil show on witbier. Its actually Doc on it that gives his recipe, but it is effing awesome, but you can use the zest in APA’s, IPAs, saisons, possibly sours, and some other styles.

We actually steeped some orange zest in High West Rye (a tincture) and added to an oak-aged RIS, and that beer placed in a few comps.

I haven’t experimented with actually using the juice of citrus in beers (even sour beers), but hopefully someone will chime in.

How much are commercial juicers!? That would be my move.

I haven’t experimented with actually using the juice of citrus in beers (even sour beers), but hopefully someone will chime in.

I’ve used orange, lime, and grapefruit along with the zest in some clean and funky beers. The only thing to keep in mind is that when the sugar ferments, the residual juice is REALLY SOUR! Not a big deal with limes, as that’s what you’re going for in the first place, but you need to have that in mind when you use juice from oranges. I wouldn’t recommend grapefruit juice, as it can have a lot of extra unpleasant bitterness.

But like pietro said, the zest is what you want. It has all the essential oils in it that really give you the intense flavor. Eat the fruit, add the zest at either flameout or any point after.

If I may ask a few questions:

I’ve never actually weighed the amount of zest so I can’t say for sure how it compares between oranges, limes, etc. I’ve done juice and zest of 4 limes in a 5-gallon batch of gose, and I thought that was just about perfect. 2 blood oranges in a 3-gallon pale ale was a little bit light, and I think I would increase that for more effect. I’ve done zest only for 2 grapefruits in a 3-gallon Berliner weisse, and it was plenty strong, maybe a little too much.

I add zest and juice at flameout, once the wort is down to 180 or less so the more volatile aromatics aren’t instantly evaporated.

Look around for “skeeter pee” as a way to use lemons - I bet you could do something similar with oranges! Blending finished beer with juice is also a good idea. Just blend to taste in the glass, it’s interesting to see what combinations work well.

If I may ask a few questions:

depends on the beer. For five gallons of an American pale ale or saison, I have used the zest of 2-3 oranges with good results.

Yes, it depends on what flavors you would like in the beer you are making

All snark aside, it really depends on what flavors you are going for in what type of beer. I have not used lime, though I’ve tasted beers made with a tincture of lime zest soaked in good tequila. Wasn’t my thing. What I WOULD do with lime is make a Mexican lager (or cream ale) and use some of the zest at flameout.

You can add it at flameout, or make a tincture and add it after fermentation/at packaging. The advantage of the latter is you can do it to taste and scale it up (ie 0.5 tsp in 12 oz, would be 24 tsp in 48 12-oz bottles). On our next witbier, I want to experiment with adding zest and other aromatics during the whirlpool to steep in the hot wort.

[quote=“TommyStiletto, post:4, topic:20604, full:true”]
4. This is probably a dumb question, but here goes anyway: Is there any way to use orange juice? I can produce gallons of the stuff in season. Can I ferment it directly? Can I make orange wine or some sort of
liquor? Can I add it to already-brewed beers to make some sort of shandy (and what’s the process for that)?

[/quote] no dumb questions here. I would continue to research on other forums, but good advice above on the nasty flavor of fermented orange juice. When the fructose ferments out, its basically all citric acid. If you wanted to make and bottle a shandy, I would advise chemically pasteurizing the beer prior to adding the oj/lemon juice (you can research that, but basically adding potassium sorbate and potassium metabisulfate…the problem becomes you can’t carbonate in bottles, you would need kegging/force carbing equipment).

You’ve got awesome fruit, which many of us (especially those of us staring at snow) would love to have on hand. Out of the box thought, but have you ever researched making your own concentrate and freezing it in vacuum sealed bags?

OK, so I’m bottling my first batch (NB American Wheat Ale) this weekend and brewing my second, a Homebrew Heaven Blonde Ale or a NB White House Honey Ale (which is in the mail and may or may not be here by the weekend). . Both are one-gallon batches.
Do you think a little orange or lemon zest might work with one of those? If so, which one?

Thanks for the tips. I may just try mixing a shandy in the glass and see what happens. I’m down to one Home Depot bucket of oranges, but I had literally hundreds of them a month ago, and will again next year. Lemon tree was new this year and gave me about 8 lemons, but they were HUUUUGE. So, as you can see, if there is a way to incorporate citrus into beer, I’d love to know about it.
I like the concentrate idea. I gave most of the crop to friends neighbors this year, and squeezed gallons of OJ. Now that I think about it, that’s probably why 90 percent of my annual vodka consumption is in the winter.

Witbier and summer wheats are what I use citrus in but it won’t use up that much of your fruit . if you want to use a lot of fruit probably radler beer would probably be a good one.

I can’t believe I didn’t think of this before: I know you are a beginner, but do you like to drink tart/sour beers at all? Berliner Weisse is a great style to mix with fruit juices, this has given rise to the “Florida Weisse”. Sour mashing is a little complicated, but I would recommend BIAB soon so you can move to all-grain, and then learning to do this to make berliners. Its really not that complicated, and you can make some really unique and drinkable stuff. Especially great in warm weather. 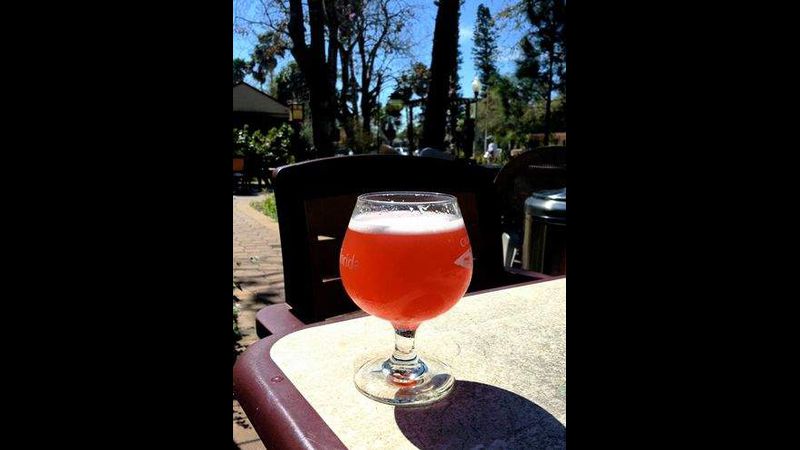 In the last Beer Chronicles, I talked about a new style that's currently gaining traction among serious craft-beer enthusiasts, the session IPA. I'd like to explore another new style, but this one...

As far as your question on the beers you have in the pipeline, I would make some tinctures with different and experiment with adding them or combos of them at bottling (or better yet, taste the beer prior to bottling and adding different amounts until you get to the amount you like).

Just get as much zest as you can, cover it with vodka, leave it for a week/two (covered), and give a little rouse whenever you walk by it. Strain out the zest, and you have homemade extract/tincture which will give you a great aroma.

PS I’d be all over making lemon curd if I had fresh lemons off a tree.

That’s a good idea, but whatever you do, don’t do a sour mash. Friends don’t let friends sour mash. I almost always use some form of citrus in my Berliner Weisse or Gose - it’s a great combination.

However, it is relatively simple to make this style of beer with a reliable lacto culture from one of the smaller yeast labs. Omega labs’ OYL-605 is awesome, but you can also get some Swanson probiotics lacto plantarum from Amazon. This stuff works great. If you have a natural foods store around you that sells Good Belly probiotic juice, this is also a great way to go.

Easily done with extract, too - just quickly boil your DME to get it dissolved, NO HOPS, and pitch your lacto culture once you’ve cooled to 100F. With any of the above lacto sources, you’ll have a nice soured wort within 24 hours.

This is easily within the reach of a beginning brewer. If you want, I can talk you through the process.