I noticed at my grocery store (winco) that they have 5gal “campers” water jugs for $6. These aren’t the blue plastic water cooler jugs. They are thick #2 plastic, white, stackable water jugs. here’s an image i found online. 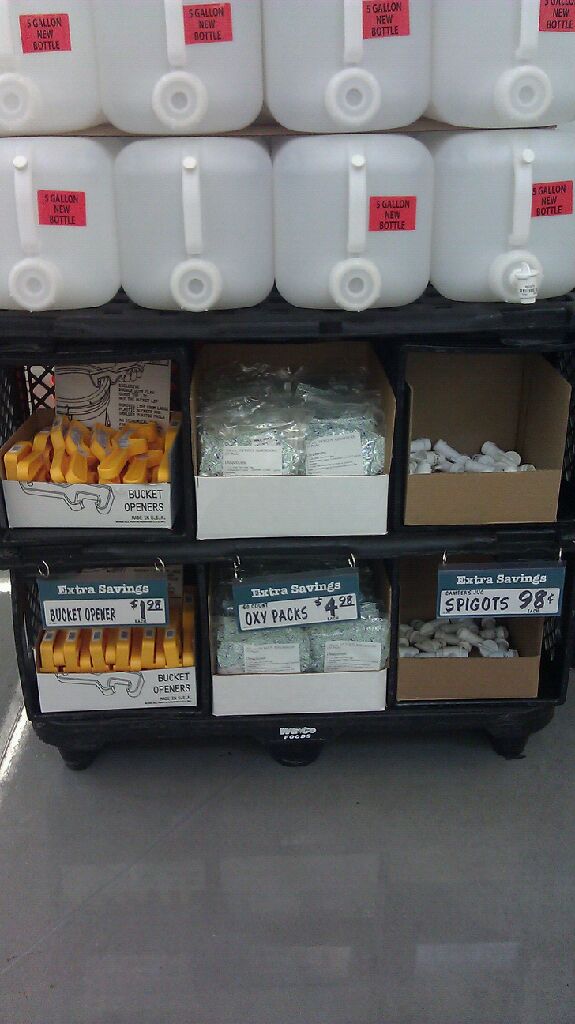 are these ok for fermenting??? I only ask because i need more fermentation vessels for wine/cider/beer and glass carboys can get pricey quick! If these could at least last me a few rounds, I could swap them out with glass or better bottles when i get the extra cash on hand. I’ve got a few weddings coming up that people have asked me to bring ciders too and i don’t want to spend $100+ on just carboys when i can spend <$20 on a container that will do the job just as well. (obviously the stacked position in the pic is bad for fermenting, don’t think that I over looked that detail

I know the blue water jugs are bad because they can leak oxygen into the must/wort/whatever or something like that, but these guys seem pretty solid. Should I go pick up a few???

Like you noted, the only downside of plastic is that it is permeable and can oxidize. However, myself being an ale pail user, if #2 plastic is the same stuff used to construct those, I would say give her a go as long as they are ‘food grade’ (like Vittles Vaults or other non-traditional fermenters).

Those will be fine. Just be careful cleaning. No scratching.

how do i know if oxygen has permeated the bottle and is affecting what’s inside?..

I would argue that the beer is not in the fermenter long enough to make O2 permeability an issue.