I want to do a 10 gal batch, I scaled up the recipe with beer smith but it still shows only on pack of yeast. Do you just eyeball splitting the yeast or make two starters.

You should build an appropriately sized starter for the batch. Use a calculator like the brewersfriend.com yeast starter calculator to determine what size starter you need.

I’m gonna split this into two fermenters, just guess on the amount of yeast from the one starter.

I misunderstood your question. I thought you were thinking of splitting a smack pack for two batches.

As far as splitting the starter I try to decant the night before as well as possible then maybe a second time right before swirling it up for pitching. Then yea just maybe draw a line at the half way mark and pour.

My last batch I did a 4L starter stepped up to 2 3L starters mostly because it works better in my 2 gal jugs. Still had to eyeball the split of the first stage.

So it’s not an exact science, that’s what I was wondering about. Thanks.

This was the exact reason I went to conicals when I jumped to 10gal batches. Now I don’t have to worry about splitting starters.

How do you manage temperature with your conicals?

Glycol system I made using an old window AC. Here’s some pics: 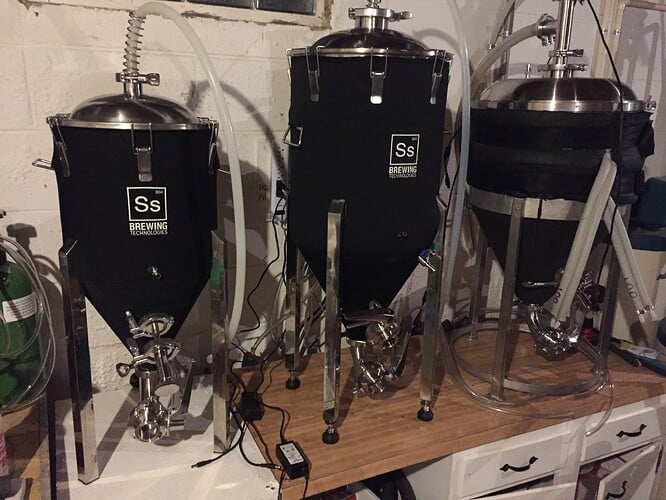 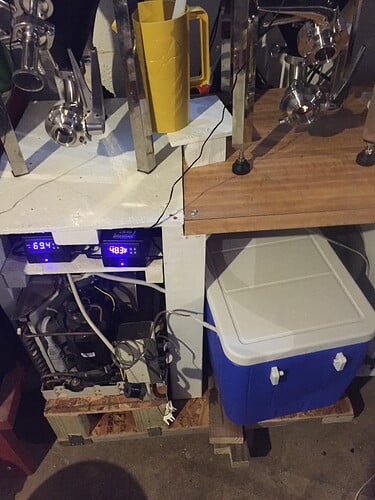 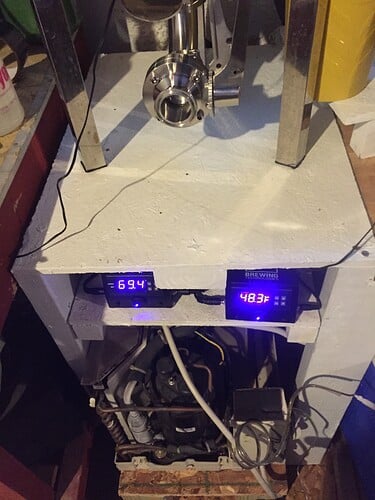 Very nice. Do you have the build documented? I’d be interested in details. I was thinking of building a cold room like @mullerbrau but this looks pretty sweet.

No, no documentation. Never thought about it. The glycol chiller build is easy. Just pop the front off and place the Evaporater in a cooler. You’ll have to cut the cooler a bit where the coils enter. Just be careful not to pinch the cooper supply lines. I then used pex to run the coolant lines from the pump to the fermenters.

I then drilled holes in the fermenters and ran the coils through the sides rather than the top.

How well does it work? Check this out: 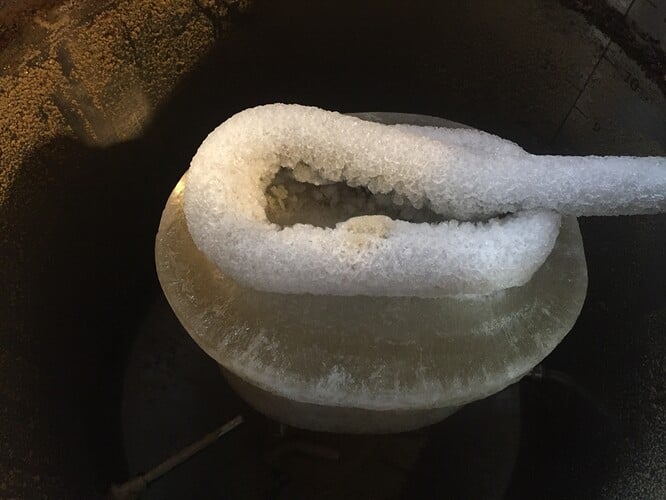 That’s really cool, Josh. Is the evaporator in the blue cooler? Also, are you using propylene or ethylene glycol?

I’ve only seen the jacketed fermenters with coils on the outside.

Yep the evaporator sits inside the blue cooler. I filled it with propylene as I read bad things about ethylene causing system failures (rotting fitting and such due to the alcohol).

I’ve also got a pump in the cooler attached to the external thermostat so it circulates the glycol when the AC kicks on.