I started out a little cold at 62 deg but increased to 68 after about day 4, and the ferment was a bit slower and longer than I predicted, prob because of the colder start.

I added dry hops to primary at day 3. And I also agitated the bucket a couple times over the next week to shake down the krausen/hop layer on top.

Does anyone have any experience with overattenuation with 1318?

My best guess is a combination of shaking the krausen re-invigorating the yeast, plus if there is anything to the hop-creep phenomenon along with a longer than expected primary.

I would love to be able to control the final gravity/residual sweetness better than I did on this one, because it would have been a killer batch otherwise.

I used 1318 a fair number of times during the peak of the NEIPA craze a few years back and I came in a bit higher than TOG on average, but I always seem to with my setup…doesn’t bother me*.
With the situation you described hop creep is a likely culprit.

*But I always wonder when I see other home brewers get better attenuation than me, if they’re just better at keeping the yeast happy, LOL.

Without knowing what the beer is or what you were going for I can’t imagine a .012 beer being exceedingly dry or thin. Is it carbed yet?

It was a hazy. I’m way late to the party on those. I never liked them until recently. So this is really the first one, true to style, that I have done. Mashed at 154 for an hour.
8.50 lb Bohemian Pilsner
2.50 lb American Pale Ale
1.50 lb Red Wheat
1 lb Flaked Oats
1 lb Flaked Barley
4 oz Carapils

Ok I can buy that hop creep is at play. So what to do about it? Assuming that the dry hop in primary during active ferm is a vital part of the process for this style.

More carapils, higher mash, under pitch? I’d think those could all have an effect but could be hard to dial in for repeatable/predictable results.

Found this, it addresses what to do to avoid hop creep at the homebrew level. 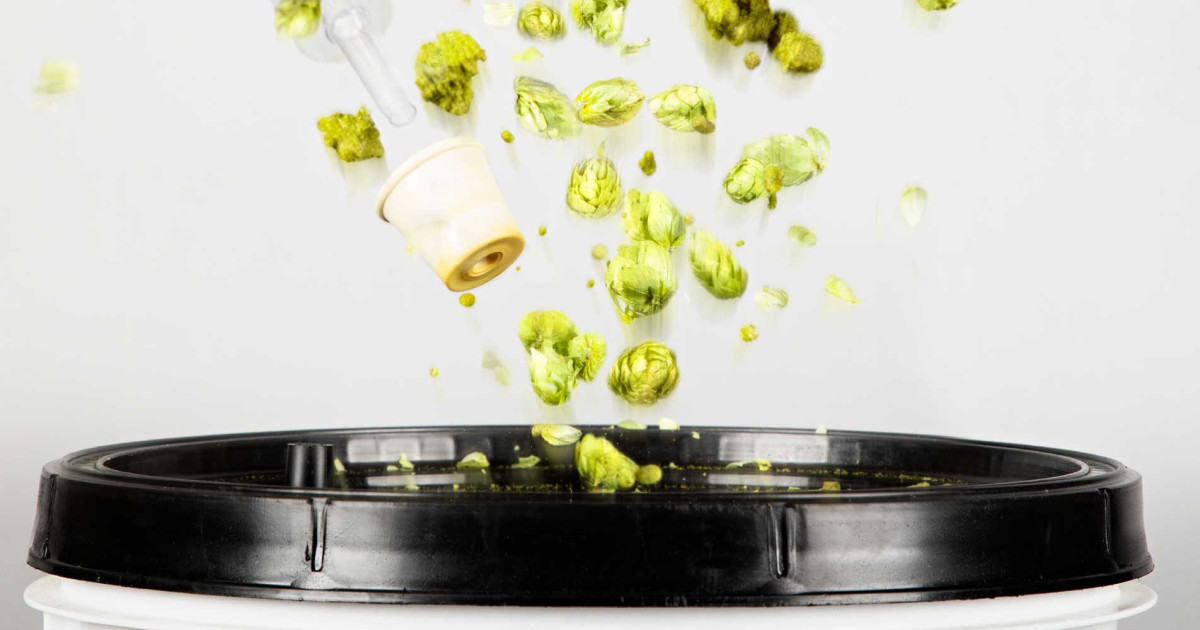 Brewing with Hops: Don’t Be Creeped Out

Stan Hieronymus explains the creeping phenomenon of dry-hopped beers that seem to have minds of their own—and ways to keep them under control.

I call BS on the hop creep theory. From TWO OUNCES OF HOPS? NOPE. You need to check your thermometer. You didn’t get that kind of attenuation from wort produced at 154

I call BS on the hop creep theory. From TWO OUNCES OF HOPS? NOPE. You need to check your thermometer. You didn’t get that kind of attenuation from wort produced at 154

lol, yah, I kinda agree with that now that I see the amount. Here is a hop creep worthy amount: 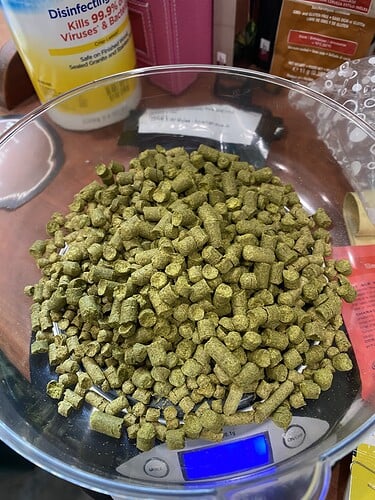 yeah just 2 oz hops in primary and one was cryo, which should have even less effect on hop creep than T90. So maybe I should be skeptical that is the issue. But it was a little strange that the fermentation kept chugging along for longer than expected…

I use an old fashioned mercury lab thermometer for mashing, and have used same one for years, so I feel pretty confident that the temp was accurate.

Maybe it was the repeated rousing by way of agitating the fermentor to get the hops back in suspension.

But it must be something with my process, otherwise with so many folks making these hazy’s, it would be a common issue encountered by many.

I use an old fashioned mercury lab thermometer for mashing, and have used same one for years, so I feel pretty confident that the temp was accurate.

You should check calibration in both ice water at 32 F and boiling water which might not be 212 F depending on your elevation above sea level, look it up online. If your thermometer is reading high by like 3 to 5 degrees, which is more common than you might think, this could explain part of it. I know my own thermometer reads a few degrees low at one end and a few degrees high at the other end, so it averages out being accurate at mash temperature. I’m just one of the lucky ones. You might not be.

Disinfecting your hops prior to use?

Keep ‘the vid’ outta the brew!

Checked my 2 mercury thermometers and although both hit 32* spot on, both are a little high at boiling, +4 and +6 at boiling. So that means I could have been mashing lower than I thought.

This might be at play, although I’ve been relying on those thermometers for a long time, and I’m still not sure why it would only come to light now.

But first order will be to mash higher. Thanks all for the input.

Get yourself a thermapen and you’ll never worry about this again.

Little exercise to certify this was the issue? If you use brewing software like BrewSmith, change the mash temp to say 149-150 and see how it affects your wort gravity and FG.