I’m guessing I’ll pass on this one. 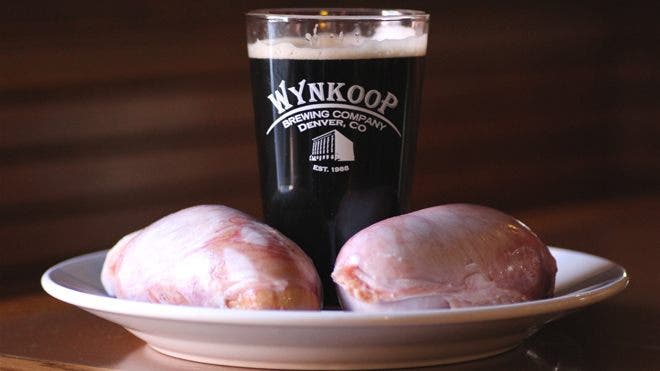 Bull testicle beer to be sold nationwide later this month

A Colorado brewery that created a limited-run beer flavored with bull testicles for a beer festival is making the ballsy move to offer it all year round.

If doughnut bacon maple ale sucked, how good could bull nutsack beer be?

And there it is… the first sign of the great craft bubble burst.

Wynkoop actually did a April Fools Day video on that beer in 2011 or 2012, I guess the response was positive enough to actually brew it.
I believe this was the video for the fake beer http://youtu.be/y1fV3edEdfE
Pretty comical actually…“Man you can really taste the balls in this”