Last year my hops were attacked by Japanese Beetles, little bastards. I am wondering if anyone else in the Twin Cities area had the same happen. Anyone use a pesticide, specifically Sevin, on the adults?

Controlling the grubs at the right time of year sounds like a better plan than spraying the hops but the grubs could have wintered a block away and then bellied up to my hop bar. Free sandwiches and nickel beers my a$$.

I’m all for keeping my food organic and keeping pesticide use to a minimum but isn’t DDT needed in this case? :evil:

So far I haven’t seen any but IIRCC last year it was mid-June when they arrived.

BTW- Last year I basically went hunting bear with a BB gun. I sprayed soap water on them. I think one actually washed under three armpits with the three legs on his other side. A green thumbed friend told me afterwards that soap water works on aphids. :roll:

Anyone have issues with them… yet?

No Japanese beetles yet this year, but I’m expecting them soon. They decimated my fruit trees and did a number on my raspberries last year. This is my first year growing hops, so I’m not sure how bad they’ll get hit yet. I started using Neem oil last year, but I got a late start on things. You have to spray often (every 4-5 days, plus after every rain), and it only seems to do a mediocre job, but at least it’s pretty safe and organic.

thanks. yeh, they got our raspberries good too. When using Sevin the longest period they specify to wait for harvesting some edibles is 30 days. If I waited that long I think they could do some real damage before I get them harvested.
When I consider the anatomy of a hop cone it is perfectly developed to hold dust or liquid that is applied, not a good thing as I see it for when I want to toss them in the boil pot.

I’ll take a look at Neem and compare against Sevin.

Thanks and Good Luck!

If you use them Neem oil make sure that you use the correct amount and only spray during the cool parts of the day out of direct sunlight.

does high heat or uv break it down?

does high heat or uv break it down?

No, i think the neem oil poses a high heat risk on the leaves causing to be burned.

You’ll get a lot of curling and damage if sprayed in direct sunlight. Best to spray in the evening.

This pest is largly unkillable by any pesticide that anyone would be willing to use in a garden.

They are VERY suseptable to trapping. Go to a good feed/seed store or similar. They are marketed as japanese asian beetle traps. The ones I got this year were called “bag a bug”. You can also build one out of a 5 gal bucket with drilled top to accept a foot of inch and a half or so PVC pipe sticking straight up out of it. Then go buy the attractant stick it a little ways down the inside of the pipe and they will just die to get in. Make sure you follow the instructions on placement as far as direction from as distance from the foliage you are protecting. I put mine out this year last saturday morning and buy late afternoon I bet I had over a hundred captives.

I know of no other defence against the adults. They cost between $4-9 depending on where you find them. My garden is about 75 X 50 and I used 4 last year, 3 this year. You might have some luck pesticiding during the winter to kill off the grubs, just dont know.

vulkin, thanks. are you in the twin cities (St. Paul/Minnenoplas)? when you place the attractant is it at the end sticking out of the lid or towards the bottom?

fortunately i haven’t seen any yet but may be a bit early.

i’m curious about the theory that the traps may be doing more to attract them needlessly. what do you think?

if your not from St. Paul… nevermind.

I posted a similar question last year after having my hops plants chewed up quite nicely by these little vermin…the greater response was the bag a bug will bag and eventually kill the bugs, but in the same breath, you are also attracting them to your yard…pick your poison I guess…I chose to do rounds in my garden every morning before work, and every evening after work, and kill any japanese beetle I could find 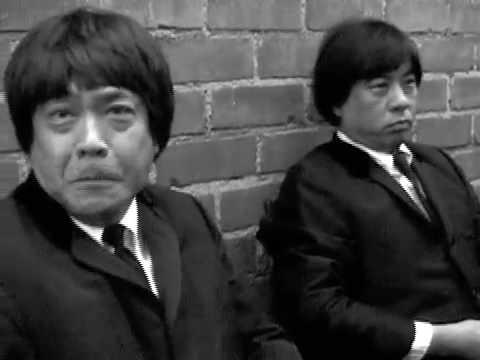