Swelling on 1lb Bag of Columbus

I have a pound of Columbus pellet hops in the freezer (along with many other varieties) and have noticed an unusual phenomenon. The bag is swollen to the point where it is about to blow. It looks like a large smack pack of yeast prior to pitching. I’ve had these for about a year and none of the other hops are doing this. Has anyone else ever experienced this? I have not opened the bag yet but probably will soon. Maybe I’ll post a pic tonight.

Please do post as I find this interesting. As a person who buys hops in bulk I’ve never had this happen, or even heard of it! Wonder what could be causing it…

Bizarre! I’ve been buying hops in bulk for years and never seen this! I’d call the company!

My money is on a dead mouse. They can get into anything!!

I’m kind of disturbed, but way more curious than I should be about this. You’ll have to update us if you open it (or if it explodes decomposing mouse guts all over your freezer).

A mouse should keep fairly well in the freezer. I don’t know if I’d eat it after a year. Might have freezer burn.

I sent an email with these photos to the supplier and he got back within 5 minutes. He forwarded it to HopUnion for their thoughts and direction. The hops were purchased on 10/22/2014 and stored in the freezer ever since.

Did he have an idea what could cause that?

[quote=“mrv”]Did he have an idea what could cause that?[/quote]Not yet but I’ll post his response when I get one.

[quote=“holaday1185”]Updates?[/quote]Not yet. I’m trying to be patient. If I don’t hear anything tomorrow, I will call again and then maybe take a video of me opening it. That should be interesting. Stay tuned.

Well, after no response from HopUnion, my supplier said to go ahead and open up the bag of hops and smell them. Here is the video. 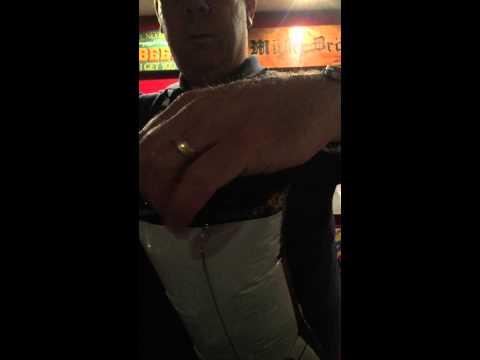 Bizarre! I totally would have thought they were going to smell like cheese!

I give that video a 3 out of 10 Greg… no explosion…no dead mouse…just you and a bag of hops… :lol:

I was hoping for something truly awful. Bigger letdown than season 2 of True Detective.

That being said, I’m glad you have usable hops :cheers:

Aw come on…it’s not that bad. Definitely starting out a bit slow though.

I fully expected a dead mouse. My wife came down a few minutes later and said the whole basement smelled wonderful like a hop farm. I could still smell it hours later.

Aw come on…it’s not that bad. Definitely starting out a bit slow though.[/quote]

Fair enough… although the past two episodes have really made me realize what McConaughey can do with awkwardly written lines. I actually cringed a few times this week at some of the dialogue until I realized season 1 was just as awkward, just really well performed.

That being said, there have been some good moments. Only five hours left, I’ll probably stick through it.