Yesterday, as I was preparing to brew a Russian Imperial Stout, I was firing up the burner and no gas was getting past the regulator. Upon inspection in the orifice that screws into the tank, it looked like I had accidentally got some dirt in it. Past the dirt however, was a mass of small green worms. I had to unscrew the fitting from the body of the regulator and scrape them out (sorry, no pics!). After putting it back together it took firing up the burner several times to pass the worm debris through that I couldn’t scrape out. This was the first time I’ve ever had this problem in 16 years of brewing!

Has anyone else had this problem?

I thought I’d heard it all, but you win! 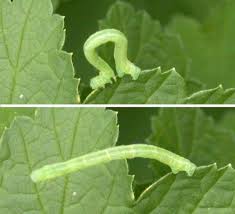 Pretty much! At this time of year we have little green silk worms dropping from the trees. This was the first time I found them infesting something like that.

So, before I got nice Blichmann burners, I used to have to turkey burners - I can’t remember the brand. We had a bad habit of leaving the burners out on my brother’s deck between brewing sessions. They were getting weathered, but no biggie.

Last fall, we were starting up a brewing session and when it came to fire up the burners, I was having problems. The propane was definitely flowing, but it wasn’t getting to the burner for me to light it. After a second of looking, I noticed that the air intake as packed full of wasps!

Being the bright buy that I am, I thought … well, the propane is getting to the air intake … why don’t I just light that and let it burn for a couple of seconds? So, that’s pretty easy to accomplish. I set the lighter at the air intake. Foomp - propane lit - so I run inside the house like a little girl.

But now I have a problem. A bunch of the wasps have crawled out of the air intake, somehow having survived being burned in a propane flame. And they are PISSED OFF. And the propane is still lit at the air intake, and I really can’t just leave like that. So, I have to jump out and turn off the gas, and of course, I immediately get tagged by one the bastards!

It actually took quite a while to clean up the whole scene. Wasps in both air intakes, and in his grill. We ended up using wasp spray after that, and just hosed everything down like crazy, so that no poison was in our brewing area.

Anyway, reason enough to make sure your bring your burners inside!