Enjoyed the back and forth during our group doppelbock brew. Any one doing a maibock ? Just finished mine today. 64% Pilsner 24% Munich 8% wheat 4% caramalt. Magnum and mittlefruh 35 IBU,6 SRM, .068 OG

I have been thinking about a Maibock since I had capitals Maibock…'twas very tasty.

I just fried my keg… I feel I got very close to what Summit makes… I did all my hops with challenger… Has a sort of spicy back ground flavor. 6 pounds pale malt 6 pounds vienna… 838 lager yeast… Simple Sneezles61

We are planning on doing one, but need to brew the helles first. Hopefully we aren’t too late to tap the mai in mai.

I still don’t know the difference between the two. Card to explain?

Maibock can be thought of as a helles brewed to bock strength or as a pale version of a doppelbock.

OH I see a maibock is a helles bock dressed for a party. That makes sense.

Maibock maybe slightly hoppier and a trace more amber (but basically identical per BJCP). I am really looking forward to this one!

Couldn’t wait.I have another keg lagering for may 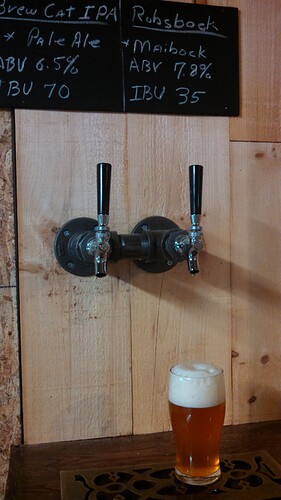