I know this will upset a lot of you, but what is the big deal about IPA style beers. Ten years ago when you ordered an IPA it was a lot more bitter than what you get now. I know at least one brewery that didn’t even call one of their beers an IPA untill the name got popular .It seems everyone has a beer they call IPA . Don’t get me wrong I drink plenty of them and usually have one kegged. I know a lot of people that’s all they want, the good ones and the poor ones. To me it’s like saying I only drink Bud.

i’ve noticed that a lot of people pick something they like and that’s all they like and (i guess in their own mind) feel superior thinking that their thing that they like is better than the thing that you like. Make sense? When I was much younger, I liked AC/DC…exclusively. All other music was shit and I enjoyed telling people that. Jump forward a few years and I like Redhook ESB…exclusively. All other beer was shit and I enjoyed telling people that. Right now, I’m forcing myself to not tell people that Android rules and Iphones are shit…

. I dunno why I care but fortunately beer has helped me realize that different people have different things they like. I try to be more open minded about everything now. I now like way more music than ever before and at least 1 beer from every style I’ve tried (which is a bunch).
People are gonna like what they want and hopefully they will realize one day that there’s a WHOLE lot more to like out there. :cheers:

[quote=“sputnam”]…
People are gonna like what they want and hopefully they will realize one day that there’s a WHOLE lot more to like out there. :cheers: [/quote]

SO true.
45 years ago, IPA was practically the only beer I would drink (probably because since it was the second beer I ever bought myself, my tastebuds were ‘programmed’ after that). I gradually came to appreciate beers on the exact opposite end of the spectrum (ie., malt forward). And there re a few light lagers I also enjoy on occasion.

I definitelyI still enjoy IPA, though I agree that the majority of commercial ones out these days are just not very good (perhaps with two or three notable exceptions). The style has become something of a parody of itself.

But, thankfully these days there is something for every taste.

45 years ago, IPA was practically the only beer I would drink[/quote]

I am hoping a dash is missing there. Drinking IPAs in 1969 would have been quite revolutionary and counter-culture of you.

A lot of what is called IPA nowadays would have just been a pale ale before the name got so popular. I thought an IPA was over 7% ABV and over 70 IBU. How can you have an all day IPA.

[quote=“Brew Cat”]How can you have an all day IPA.[/quote]You can’t. But you can have a pale ale that someone calls an “IPA”.

So the original IPAs, that were brewed in England to ship to the India colonies were over 7% and over 70 IBU? I don’t think so.

I think what you’re describing is by BJCP standards an IIPA.

I think they may have been since the dry hops flavor would diminish over time but not the bitterness and they would ferment pretty low. But maybe your right and I’ve been brewing a double. But who knows about BJCP standards they change them over time don’t they? I heard they even recognize black IPA now.

Probably Brew Cat, but as stated above by others, I think what people refer to as an IPA now is totally different from where it started. I’m just guessing that the trend for beers to have grown bigger and more robust in style is fairly recent and IPAs were probably lower alcohol and lower IBUs in the past but I could be wrong…

Like the IPA that the Professor is referring to is likely his beloved Ballantine India Pale Ale which in it’s current incarnation is over 7% and 70 IBU. Maybe it was back in the day too. I can’t say but I’m sure he can.

Wouldn’t that be an RIS? Or as I would imagine some calling it, “commie warm chewy beer.”

I think your right. The only problem IMO is it makes it hard to taste the flavors in other beers. When I get a flight at a new brew pub the IPA is going to be the last one I try.

wait. wait. wait.
I am hoping a dash is missing there. Drinking IPAs in 1969 would have been quite revolutionary and counter-culture of you.[/quote]

Revolutionary? Perhaps not (despite the long hair I sported back then). However, Bock and Mäerzen beers were my other two go-to choices.
The truth of the matter is, I was always a bit of an oddball (that’s probably how I wound up in show-biz). :shock:

But it’s interesting to note that my friends who are still alive and who mocked my beer choices back then ("…why can’t you drink normal beer?..") are now craft beer lovers.
At least they “get it” now.
:cheers:

My opinion is that the term IPA has become just as generic as the terms Beer or Rock 'n Roll, what with all the subcategories 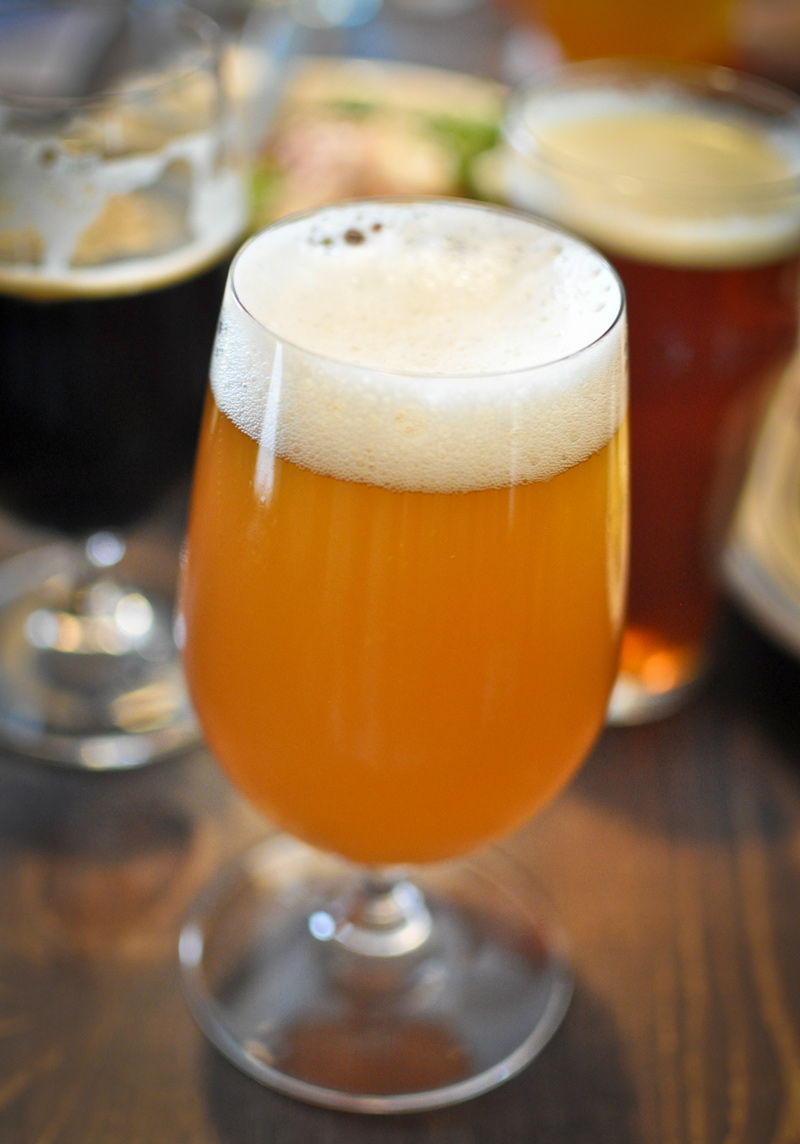 In honor of #IPADay, Ashley Routson explores the many sub-categories of India Pale Ale—one of the most popular and manipulated styles today.

in the case of IPA or sub-genres

This is a list of rock music genres consisting of subgenres of popular music that have roots in 1940s and 1950s rock and roll, and which developed into a distinct identity as rock music in the 1960s, particularly in the United States and United Kingdom. By the late 1960s, a number of identifiable rock music subgenres had emerged, including hybrids like blues rock, folk rock, country rock, and jazz-rock fusion, many of which contributed to the development of psychedelic rock influenced by t ...

in the case of Rock 'n Roll. So drink on and rock on! :cheers:

I’d agree with Ken, “IPA” has become a pretty generic term often times with the beer no where near adhering to the BJCP style. To me it seems like anything hoppy is now called some form of “IPA”.

While I certainly enjoy hoppy beers I also like the the rest of the spectrum. When at a new brew pub I usually first try one of their lighter styles and if they have one a lager.

And while we’re griping, my biggest annoyance is going to a craft beer or brew pub and everything is 7%+ ABV.

And while we’re griping, my biggest annoyance is going to a craft beer or brew pub and everything is 7%+ ABV.[/quote]
+1!!

Exactly! You can’t sample more than 1-2 unless you have a DD with you. In some states, like Virginia where I live, they’re even considering lowering the DUI threshold. It’s currently .08. If it goes much lower 1 7% beer could put a small guy like me over the limit. More incentive stay home and drink my own!

I’m with session beers all the way! I’m way too old for the “Let’s get druuuuuuuuunk!!!” thing. I also have a family tree overflowing with diabetics…

IPAs are by and large, extremely flavorful. I think the earlier point made, that they are a flurry/carnival of perception for the palette, and in that regard, the opposite of BMC. That and the fact that there a ton of them available (as opposed to RIS/BW, other really flavorful styles), make them an excellent choice for people graduating from Coors Lite to Blue Moon to…IPA.

[quote=“Pietro”]…the fact that there a ton of them available (as opposed to RIS/BW, other really flavorful styles), make them an excellent choice for people graduating from Coors Lite to Blue Moon to…IPA.
[/quote]I agree.

There are some younger guys who are kind of new to craft brew that come to our monthly beer tastings, all they bring to sample are IPAs. I like IPAs, but a lot of them are just too much.

Part of it is just that it’s a really obvious jumping off point to huge flavor. It’s like brand new food people discovering that there’s a “smoky” flavor that can be added to things, so they add smokey notes to ice cream, potatoes; everything they can.

Hops are probably the first obvious way to drastically alter the flavor of beer that new brewers think of. Ashamed to admit this, but before I started homebrewing, even though I considered myself a bit of a beer snob, I thought there were only three types of yeast used to make beer (Ale, Lager, and Belgian). It takes some time to get through the initial learning curve to experiment elsewhere. With all the relatively new brewers and new craft brew fans out there, of course things lean to the hoppy side.