Hey… I’m going to make the basic Irish red recipe, but I’m wondering if there’s anything I can add to make it more interesting.
Any ideas?

I would need to know what you find less than interesting about the first one you brewed. Post the recipe you are planning. Someone here may have tweaked a similar recipe.

In addition to @flars what would make it more interesting? Hoppy? Malty? Drier?

Hey… I’m going to make the basic Irish red recipe, but I’m wondering if there’s anything I can add to make it more interesting 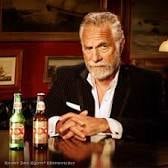 I like NB’s Irish Red recipe just as it is. But, if you like hoppy reds, you could hop it with Cascades and Centennials like you might a pale ale. That would certainly make it interesting!

I’m wondering if there’s anything I can add to make it more interesting.

But don’t do this is you want to limit your options to “more interesting in a safe and good way.”

Add some cara red malt to the recipe.

Adding extra red malt, extra sugar and hops are what I was assuming… What additional hops would be a good addition?

You could also partial mash an extract kit by adding some base malt to the steeping grains and steep for a longer period. I have a preference for using Maris Otter but any base grain will work. I modified a number of extract kits by making a partial mash out of them and/or adding extra steeping grain. I’d usually add some DME or LME too.

Wasn’t long before I went to partial mashing everything and branching out away from extract kits though. Now I’m experimenting with all grain, but that’s another story.

My Irish Red is my own recipe using Maris Otter, 2-row pale malt, Caramel 60, Caramel 80, Caramel 90, Special B, flaked corn, flaked wheat. When I made it as an extract I used Amber DME and Dextrose. Fermented it using White Labs Irish Ale yeast. Came out delicious. I’d give the proportions, but it was one of my recipes that proved to be difficult to PM on the stove because of the amount of grain, so I wouldn’t really recommend trying it. (in other words, I made a mess in the kitchen). I could probably try making it a more extract-friendly recipe if you wanted though. Right now I’m working to convert it to all grain.

Adding extra red malt, extra sugar and hops are what I was assuming… What additional hops would be a good addition?

Reds are tough in that getting that red color takes some careful balancing of the malt proportions. Throw that off and you get brown. It might taste better with some different malt mix, but it likely won’t be “red” any more.

Hop additions are wide open, and you can use anything that appeals to you. I’ve had a number of hoppy reds, and believe that the same hop combos that work in pale ales seem to work well in reds. In fact, you could probably take any hop schedule from a pale ale of similar OG you like and use that instead of what comes in the kit.

I agree with rebuilt adding more hops or even different hops will change the taste and hopefully give you the desired taste you are looking for. I my self like to mix things up with my malts. All crystal,caramel and Cara malts have different flavors that can change your flavor of beer by substituting some in place of another. Not knowing your recipe but assuming calls for crystal malt lovibond 20 maybe replace it with cara red lovibond 20. By replacing them with different malts and watching your lovibond you can still keep that red color and change the flavor.

After a brewing disaster, where I lost 3 carboys full of beer, when they froze and burst, I recently re-brewed NB’s Lakefront Fixed Gear Red Ale. Nice and hoppy. I really like the result!

You going to use a red ale recipe but ferment as a lager? Or are you going to create a new recipe? I always want to do an Irish red lager but can’t seem to put it in brewing rotation and always forget when looking for something to brew.

That’s pretty much the plan. I have two buckets of doppelbock that I’ll rack to kegs and pitch on top of. I don’t have any MO so I’ll use 2row 60L and some roasted malt. I’ll probably use mittlefruh for the hops. This is all stuff I have in the larder.

I never get to use that word thought I’d try it out.

I applaud your use of it.

You going to use a red ale recipe but ferment as a lager?

I did that some years ago, and was pretty underwhelmed by the results. But I was also pretty new at lager brewing then, so perhaps not the best example. I should try again - I’ll finally get going on some lagers soon, and should plan what to brew with the harvested yeast.

That could be, the first couple lagers I made weren’t my best either IMO. I think it may have had to do with pitch rate in my situation. Now I make sure to pitch plenty of yeast to my lagers. I’ll be making 10 gallons in two buckets so it may be a good place for an ale lager comparison. I gave some s-04 that I can use.