Hops: Getting to the Root of Brewing

Northern Brewer sells hops in the form of a rhizome. Rhizomes are used versus seeds to guarantee you are only growing a female plant. Male hops do not form flavorful cones and will ruin your crop by producing seeds on your female plants rendering them unusable. Rhizomes are also a genetic copy of the parent plant ensuring the hops you ordered are the hops you grow. Pre-orders for rhizomes begins early in the new year, with delivery as soon as the farmers in Washington and Oregon can get into the fields to harvest. The hop rhizome resembles a twig. It does not look like much, but do not worry, it is in a dormant stage and just needs to “wake up.” 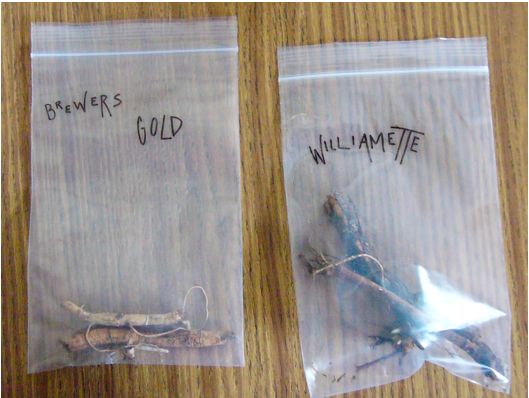 Once the potential for a heavy frost is past, locate a good place to grow them. A southern exposure with little shade is best, along with something for the vines to grow on. Amend the soil with some good compost. I work the soil down about a foot and build it back up to an inch from the surface. Plant the rhizome horizontally with tiny buds up and roots down (not as easy as green side goes up). Cover with soil to ground level and mulch, mulch, mulch. 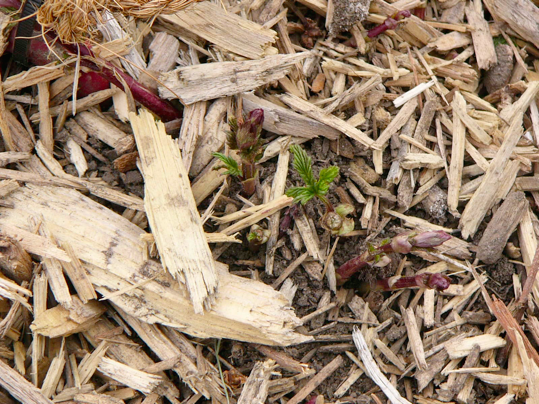 During the first year, hops like moist soil, but not wet feet so water slowly and make sure the water soaks in without puddling. This is a great time to use that old brew bucket that has acquired a funky smell. Drill a 1/8-inch hole in the bottom and use it to trickle water on the plant. Do not prune hops in the first year; let everything grow. Also, in this first year do not expect much of a crop, as your hops are now building a great root system for future growth.

Hop vines are known as bines: which are vines that use tiny Velcro-like hooks on its main stem (rather than using the side shoots off the main stem) to attach itself to its support system.