I am about to dry hop for the first time. I’m using pellets.

What is the collected wisdom about how to add them – just dump them loose into the second fermenter? muslin bag? weighted bag? stir them in? …

I read a suggestion in another forum to weight a muslin bag with glass marbles to make it sink. But what’s the difference whether they are sunk or not? And does containing the material in the bag change the end result?

I would appreciate hearing anyone’s experience or thoughts on this.

I personally just toss them in there. Usually drop them in the secondary vessel and then rack the beer on top of them. I’ll use a muslin bag if I’m doing it in the keg so I can pull it out though.

Just dump them in…

Just throw them loose in the primary - no secondary needed.

I’ve both dumped them into the fermenter and used a hop sack in the fermenter. I’d have to say, I prefer using the hop sack. For one, I pulled over a lot of hop matter when racking into the keg on one batch, so the first 6 pints or so had hop bits floating around in it. Doesn’t hurt the beer, but it’s kind of a turn off serving a beer with non-yeast floaties. Also, if I’m harvesting the yeast, it cuts down on the stuff in the slurry that I don’t want in there. I’ve never weighed down the hop sack. Not sure if it makes much difference or not.

I usually use buckets for fermenting, so removing the hop sack when I’m done is easier than trying to get it through the opening on a carboy. I’ve had to remove hop sacks from carboys when cleaning up, and it is a major pain.

I’ve bagged (mostly for keg hopping) and just tossed them in. For pellets, I just put a fine mesh sack over the end of the hose as I’m racking to catch any bits. For whole hops (when using a bucket for primary), I used a fine mesh strainer to scoop out most of hops prior to racking.

glad I found this thread. have to do my first dry hop this weekend. thanks everyone! cheers.

I just drop the hop pellets into the carboy primary. Like @airlocksniffer I have a catch bag on the out flow of the siphon tube inside the bottling bucket. 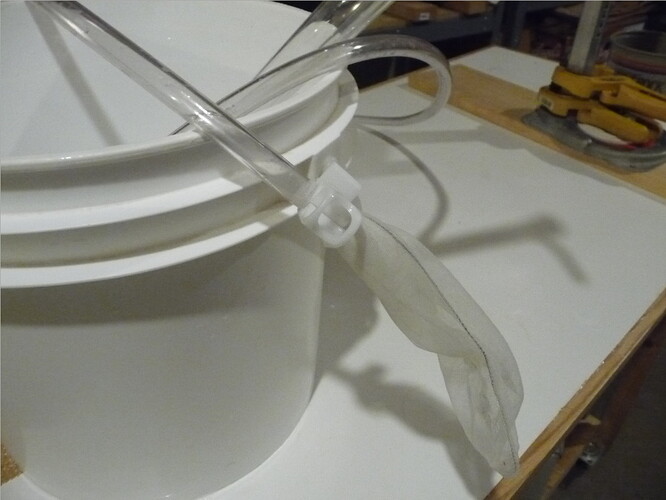 I don’t mind some chunks in me brew! Sneezles61

If you do weight them down use way more then you think or they will float. I use SS nuts it is a lot of work to het them out of the Carboy but I like this method.