My take on a “Double”… ordering 2 recipe kits to make 5 gallons instead of 10.

Okay so just for the heck of it I decided to get a high gravity porter. Instead of the proper method of making high gravity recipe I have just ordered 2 kits and brewing them together as a 5 gallon batch. My goal was trying to make a 12% beer.

Due to the high grain load in my mash tun, as I only have a 10 gallon cooler, I knew my efficiency was going to suffer, so I even decided to add 1lb of sugar to the end of my boil. Here is a picture of my mash. My starting gravity was 1.106. 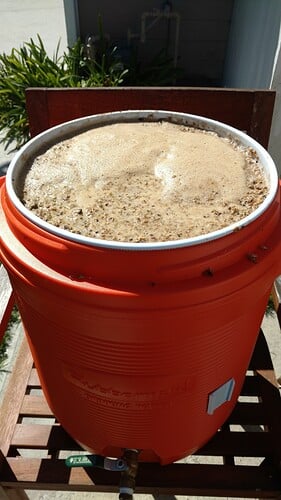 The finished product, now in the secondary fermenter, is doing well. Taste is right on with a good strong porter. The gravity after the 1st week hit 1.035. I let it go another week and the yeast did a little more work and it’s now down to 1.025. So by my calculations I’m just shy of the 12% mark but not bad. 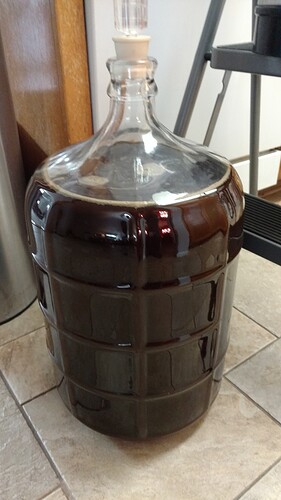 Being as strong as it is, I’ll probably let it stay in the secondary a few weeks. Plan on adding the vanilla beans to it in another week.

One thing I’m still considering is how much Vanilla bean to add to it. I have 10 beans since 5 beans comes in the kit. I’m thinking of adding only 5 beans and seeing how it tastes in a week. If there isn’t enough vanilla flavor then I might add more and let it go another week. Figure this would be a good trade off as you can always add more vanilla but you can never remove it.

I’d be tempted to call it a dark barely wine! WHOA! Yea best add some bean now and sample to see ifn more is desired! Sneezles61

although with the extra gravity it may be ok.

Thanks for the tip @uncdeo. I think I will end up going with 5 beans to start and add more if needed. Might even go with 3 to start and then add additional beans as needed over the week. Like the saying says, you can always add more but you cannot take it away.

A 12% beer is one that is going to need to sit for a while most likely before it reaches its prime. Real vanilla from the whole bean is a flavor that absolutely and 100% disappears over time. Denny can attest to this. Anyone that has brewed Denny’s Bourbon Vanilla Imperial Porter will tell you the same thing. If you add to much you will just have to wait it out. I bet you will end up wanting to add more real vanilla before serving this if you age this the way a 12% beer should be aged.

Point well taken @jon_h. I will need to figure out how long I want to age it for. The vanilla bean should be added 1 week prior to kegging or bottling.

So just an update… Just checked the beer in the secondary after having 5 vanilla beans in it for 2 weeks. The taste was a bit light on the vanilla so added 5 more beans which I also soaked in Vodka before hand.

One thing I did get was a much lower gravity than I had anticipated. When I added the vanilla 2 weeks ago the gravity was at 1.026, which I thought the majority of the fermentation was done. Now it’s reading 1.007. Not sure if it’s the vanilla changing up the gravity readings or if it did do more fermentation after I made the addition.

As a reminder my starting gravity was 1.106. 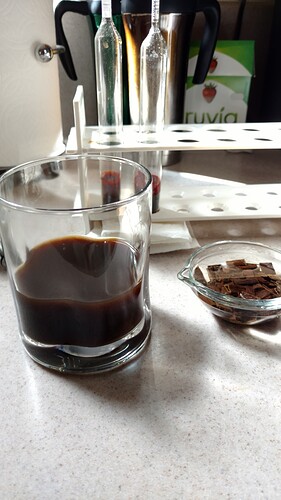