This would be my first Black IPA attempt, looking for strong dank and piney hop profile and low on the roast flavors from the malt. Using Midnight Wheat as I’ve heard you get low roast from this, liking the idea of some biscuit flavor from the German Vienna.

Any critique welcome! I’m a Brit so excuse the metric!

Looks like a solid recipe but why the GP or the Vienna for that matter. I would just use 2row in an IPA. IPA is all about the hops. Maybe an English IPA. Just my opinion though since you asked.

thanks for the feedback, well here in UK I guess GP/MO etc are the equivalent of 2-row and GP is the more neutral…we don’t get straight 2-row (unless someone can correct me).

The reason I went with the Vienna is from a Mad Fermentationist recipe (http://www.themadfermentationist.com/2012/01/vienna-malt-session-ipa-recipe.html) in which he used similar hop profile with predominantly Vienna and apparently turned out well, I guess though this was to give the session beer more flavor which is not needed here, should I stick with 100% GP base malt?

Maybe being a black beer, some malt profile (not roast) might sit well?

He’s English and ‘brewing local’ is why!

Recipe looks real solid to me, though I do agree with Cat, pretty high %age of Vienna when using Golden Promise as your base malt. Its relatively sweet if I understand it. I would personally cut it back to 15-20% of the grist MAXIMUM to get out of the way of the hops, but it depends on what you are going for.

I use about 20% Vienna in my IPAs with 2 row as the base. I like the extra maltiness and mouth feel i get from it.

Oh, don’t mistake me, I’ve had 100% vienna SMaSH beers with both centennial and citra and they are solid. I just think with his Golden Promise, it may be a bit muddy (fatal flaw of many BIPA’s IMO). Especially if he wants a balance of dank/allium with the malt character. Forgot to mention, Midnight Wheat is a great move for this style.

The old forum had a profile under the posters image that had their location. I know the English IPA is a separate category which I hsvnt brewed yet. Any recommendation

So I brewed this on Friday, hit all the numbers…wort tasted good, no roast/acrid flavors. Pungent hop aroma from the fermenter…used these new White Labs Pure Pitch pack, San Diego Super Yeast is a monster…strongest ferment I’ve had yet. Hopefully gets down to 1.010. Will report back with tasting notes.

Pic just before it kicked off… 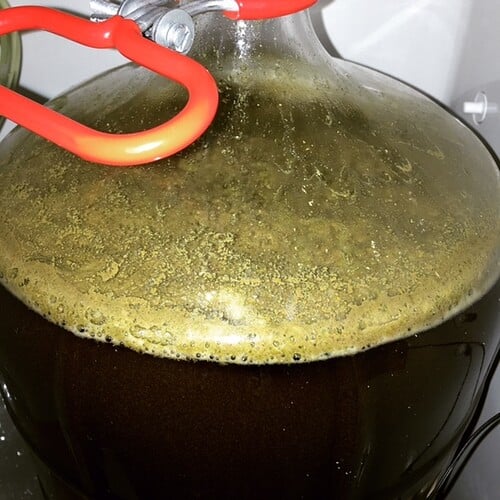