I watched this dude’s videos when I was starting out with home brewing. I honestly never became a fan, and got more advice assistance from the people on this forum instead. There was a longish thread here a number of years ago about Craig, and his “quirkiness” It’s been a number of years since I even saw one of his videos, and I honestly didn’t know he was still active.

So I was surprised to see on Reddit today that apparently his channel was outright deleted due to “multiple violations of their terms of service” which were not explained or enumerated. He said it was probably copyright stuff over music, but I thought those targeted specific videos, not entire channels. Has anyone seen his more recent stuff? did he go ‘off the rails’ or something? Like I said, I was never a fan, but I hope it wasn’t something untoward.

He seems a bit depressed, and maybe a bit “self-medicated” in his explanation video. 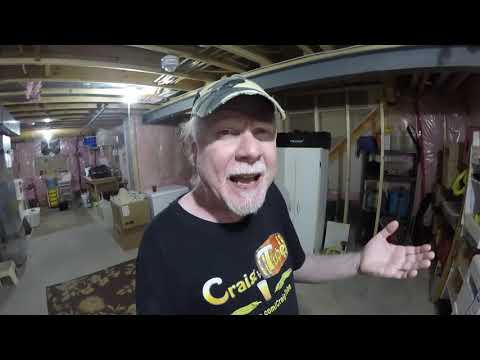 Did watch him as well. Did bring nothing. But he is not the only only one. Most of these home brew you tube. Video. Are. Not even wort watching

You are sort of right. The ones with john palmer. Or david heath. Are good. There are some out there. Pfff. They love them self. When they talk.s

Big Thanks as CraigTube was the reason I started up beer brewing as an absolute newbie many years ago. Like me Craig used what limited selection of ingredients his local Canadian brew store had in stock at the time. This mirrors my local small store experiences which cater mostly to wine making. Liquor prices here are very high so home brewing is much cheaper. Craig’s taste test video’s with Cooper’s extract beer kits, available at SaveOnFoods, continue to be the extract base for many of my craft beers with different yeast, specialty crystal malts, dry malts, hops, etc. these other ingredients I have to mostly order online.
Can certainly understand Craig’s shock at being removed from YouTube, he has done well for me and many others. Absolutely LOVED his Coopers Dark Ale tasting video comments, impressive enough for me to go out and purchase that same kit and watched those video’s again last week.
The Coopers Cerveza kit + 1KG dry malt + diy Lime zest extract added at bottling had Corona and non-beer drinkers commenting best beer ever.
Coopers English Bitter Kit aka Fuller’s ESB clone + 1KG light DME+ 500g various Crystal Malt for sweetness
and flavor, increase volume to 25L + rehydrated Windsor Yeast. Day 9 dry hop 1oz East Kent Goldings. Get WOW’s with this recipe.
Not sure I would have started beer brewing if not for CraigTube so thanks again Craig do hope you pop up again somewhere else.