OK, so today I employed the McMann doohickey… I first ran star san through to sanitize… THEN… on to a fresh keg of IPA… That son of a gun was banging and rattling… I pulled the plug as quick as I could… Well then, I thought I had it all figured out… So I plugged it back in… and the chaos continued… I finally pulled the plug, looked at the gauges. 120 PSI ! GEE WHIZ!!! I now have a keg full of foam… I poured a few growlers of, you guessed it, foam. Well I have it out of the freez-mentor and will continue to release CO2 until the foam subsides… I did get to imbibe in a few pints though, as as far as I can tell it did exactly as I hoped for… brew from a fermentor to glass in a very short time… I will utilize Brew Cats old moniker, the waiting is the hardest part… Sneezles61

Sneeze…quit being a mary jane

Of course, I won’t back down to this challenge.

Ya know…you don’t know how it feels loopie.

Holy crap, or should I say foam farts!! Paradigm there’s… sorry… still a foamy mess… I have another 5.5 gallons waiting… maybe I’ll just set it and forget it… this maybe a good way to curb the indulgence… a pitcher full of foam… half an hour later, just under a pint…

So now that the buzz has worn off, I have a new idea as to what to do with a keg of foam… Beer meringue pie? How about beer whip? I was enjoying my fav, Duvel, when it hit me… I poured up a nice glass Sierra Nevada pale ale… I topped it with beer whip! It was like Duvel, only different! Sometimes you need to make a silk purse out of a sows ear… Sneezles61

I am able to enjoy a wonderful glass of IPA! I had to leave at room temp for a few days and burp the keg… But now, its good! And I kegged on Sunday… Not too bad… I’ll do this again when I keg my other 5-er, Maybe this Sunday, but lot lower pressure… I can always ramp up. I’m a bad boy… loves my brew, loves hops and barley too… Its carbed early… Yeah its carbed early!! ALA Tom Petty!! Sneezles61

Methinks we hit the end… LOL

But I’ve more!.. Its a beautiful day, the brew is carbed, got a glass full, quenched my thirst!

Alright, round number 2… I was able to turn the low pressure down to 15… I went from flat to carbed in 20 minutes! Not kidding! Even the little back ground bite from the CO2 is there… I won’t go any further in details… I now have to clean and rinse its innards out… There is more to think about this set up, as far as set up, clean, sanitize, then, ready to put away… I’m happy with my results… Sneezles61 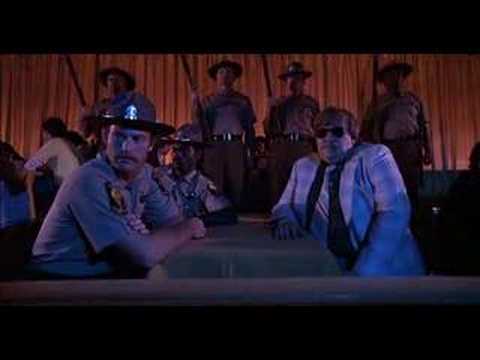 Now if you could change the vocal… who wants a beer whip!!