Did a review of this on my channel. Pretty cool product! 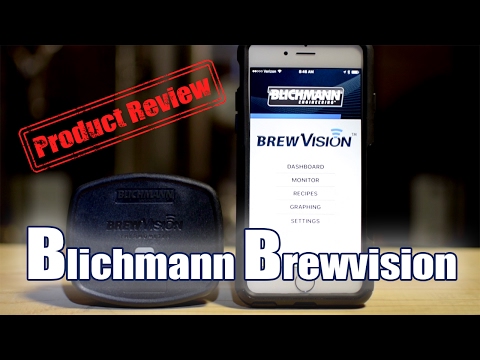 Give me your thoughts on the product.

I liked how you presented this product. I can see from what it can, and can’t do, it won’t be any part of my system. Wouldn’t it be a better product if you could apply it to your kettle just to watch your temps, accurately? I’m not very good at using computer related products, I was hoping it wouldn’t be so technical… Just me. Sneezles61

Thanks for the comment. That is exactly why I did the review was to let people decide for themselves.
Cheers!

Nice to watch. Should i wait untill they got a upgraded version and they got all the software issues fixed

No, I would say the issues were only minor. The one with the temp rise to mash out was my fault the way my system was configured in beersmith. My contact at blichmann said the calibratio addition was already in beta and should be out soon. As it is it is a good product and will only improve in my opinion. Thanks for the feedback…

What is with USB Type-A connection between the thermometer and the transmitter module? Is there a USB host inside the thermometer mount? If so it’s design overkill, if not it’s a violation if the USB-IF rules for use of their patented connector. (I don’t suspect that’s a serious worry though) the module-thermometer connection should just be two friction contact points to connect the module to the thermocouple or thermistor or whatever they’re using. The connection should not require a protective cap for washing. There’s no reason they couldn’t have a thermometer connection that can be immersed, and even scrubbed. (On the kettle side that is)

Disposable AAA batteries. 20-40 brews on a set of batteries is awesome. But the dark side is I can see brewers forgetting how long it’s been since changing the batteries, and suddenly having to raid the TV remote because the freaking thing died without warning and they didn’t think to have spare AAA’s on hand. Better if it had a micro USB charging circuit built-in that used a LiPoly, or even better user-replaceable NiMH batteries. Time between recharges would be less than 20 batches but the device would actually be perceived as lasting longer since brewers could plug it in the night before if they had doubt. I’d recommend using rechargeable AAA’s anyway, but they’re actually pretty inconvenient to remove, recharge and replace, although that could still be a night before brewing activity.

No display??? I get it, they wanted to conserve power to hit that 20 brews on a battery spec, and displays use power, but an LCD temp display on the module wouldn’t kill the batteries that bad, would look super cool, and make the device way more intuitive. Old-school digital watches have LCD displays and run for years on a coin cell. A daylight readable ePaper display would be an even better choice for versatility and power consumption, if maybe not so much on price. I suspect the designers were too focused on “you can use your phone!” and didn’t realize that “you HAVE TO use your phone” is restricting, while “you CAN ALSO use your phone” is a convenience that adds geek-cred to your system.